New Delhi, Nov 28 (IANS): Referring to the BJP's stunning performance in Tripura civic elections for which polling was held on November 25, Prime Minister Narendra Modi on Sunday said the people of the state gave a clear message that they prefer politics of good governance.

In a series of tweets, Modi said: "The people of Tripura have given a clear message - that they prefer politics of good governance. I would like to thank them for the unequivocal support to @BJP4Tripura. These blessings give us greater strength to work for the welfare of each and every person in Tripura." 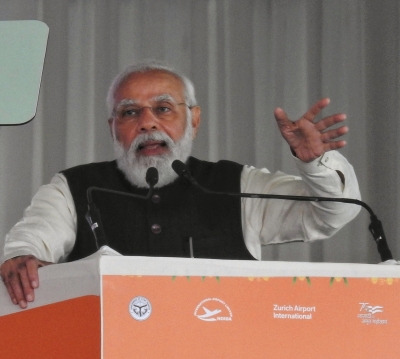 The Prime Minister said that under the leadership of Tripura Chief Minister Biplab Deb, the state government has been at the forefront of many initiatives, which the people have duly blessed.

"I would like to applaud the @BJP4Tripura Karyakartas who worked tirelessly on the ground and served people. Under the leadership of Shri Biplab Deb Ji, the State Government has been at the forefront of many initiatives, which the people have duly blessed," Modi said.

"BJP's victory in Tripura local body polls is the victory of nationalist forces and developmental thinking. The people of the state have put their stamp on the politics of development by rejecting the disruptive forces, those doing politics of violence and controversy and those who insult Tripura," Nadda tweeted.

"Prime Minister Modi has not only united the Northeast, but has started a new era of development by establishing peace, freeing it from extremism, violence and day-to-day blockades. Congratulations to the people of the state again for their faith in the BJP and their continuous blessings," he said.

In a tweet, BJP national general secretary (organization) BL Santhosh said: "People of Tripura are showing the @AITCofficial the rightful place... The Dustbin..."