Govt calls all party meet ahead of Winter session, AAP walks out

New Delhi, Nov 28 (IANS): A day before the start of the Parliament's Winter session, the government on Sunday convened an all-party meeting but the Aam Aadmi Party (AAP) staged a walkout, saying the government is not ready to listen.

After the meeting, Parliamentary Affairs Minister, Pralhad Joshi said that the government is ready for discussions with permission of the respective houses' chair. 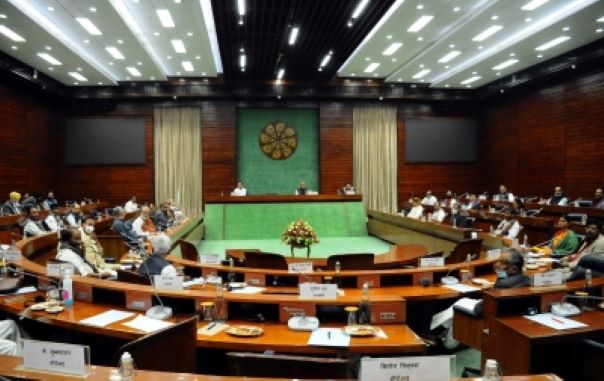 "The government is ready for discussions permitted by the Chairman of Rajya Sabha and the Speaker of Lok Sabha without disruptions," he said.

As many as 42 leaders from 31 parties participated in the meeting convened ahead of Winter session, which will go on till December 23.

AAP leader Sanjay Singh staged a walk out from the all-party meeting saying he was not allowed to speak, and that he wanted to raise the farmers' demand for a law on MSP.

Title: Govt calls all party meet ahead of Winter session, AAP walks out