Shivkumar has written separate letters in this regard to chief minister Basavaraj Bommai and PM Modi. In his letter to Modi he said, "Kannadigas are very proud of Indian Space Research Organisation (ISRO), headquartered in Bengaluru for several decades, and responsible for achieving one important milestone after another in the exploration of space and development of technology required for it. 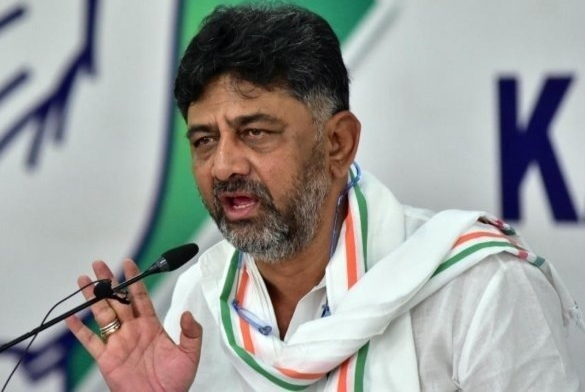 "As you are keenly aware, ISRO has initiated the Indian Human Space Flight programme in 2007 to develop the technology needed to launch a crew-based orbital spacecraft into low-earth orbit as part of the ambitious 'Gaganyaan' project.

"The agency has planned its first crew-based flight in the year 2023 on an indigenous GSLV rocket. When completed on schedule, India will become the world's only fourth nation to undertake such a prestigious programme after the US, Soviet Union and China," Shivakumar said in his letter to Modi.

"Kannadigas are basically a very emotional people and get extremely attached to various national programmes and feel proud when Karnataka hosts such events. So, the Kannadigas have a close attachment and affinity with the project.

"They are aghast and severely jolted to learn that there are attempts to shift this prestigious project from Bengaluru to Gujarat. If it happens, the people of the state will feel that the federal government at the centre is ignoring, betraying and giving scant respect to the feelings of Kannadigas. It will hurt the self-respect and emotional sentiments of Kannadigas very severely. The move will have an adverse effect on consolidation of the federal system in the country. When the people of one part of the nation start feeling that they are being 'betrayed,' it will have serious repurcussions," Shivakumar cautioned.

Shivakumar further appealed to the Prime Minister to "intervene and stop this ill-conceived move to shift the Indian Human Space Flight programme from Bengaluru to Gujarat."

He also wrote to chief minister Bommai apprising him of the letter to the PM, stating that the central government has been continuously showing 'step-motherly' attitude to Karnataka, and urged him to send a delegation to put pressure on the centre to stop the move.