Udupi, Nov 23: A person who has been accused of being involved with a theft near Gundibail here recently stands arrested from Bellampalli.

Thieves had entered into an old house belonging to Babu Acharya near Gundibail by breaking open the lock, removed locker with the help of the key they found in the almirah and took away 90 grams of gold ornaments worth Rs 3.6 lac. Silver valuables worth Rs 10,000 and Rs 400 from the donation box in the puja room were also stolen. 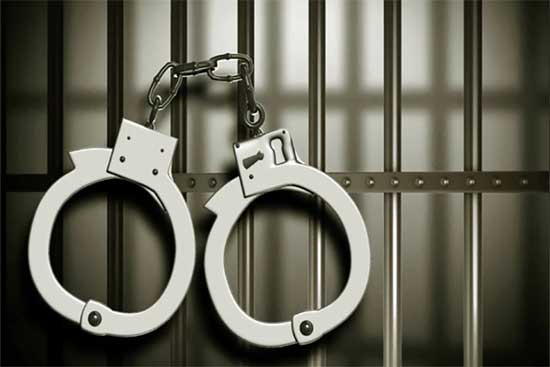 The personnel of the town police station here, who undertook investigation, arrested Sukesh Naik (34), a resident of Kukkikatte, based on evidence found at the spot and on the basis of technical investigation they had performed, when he was near a wine shop in Bellampalli. When he was interrogated, he confessed to the crime. The gold ornaments worth Rs 3.6 lac which he had hidden under the earth in a bushy land belonging to Srikar Kamath near Panchadhoomavathi temple, Gundibail, were recovered.

Naik was named as accused in several cases of theft in the past. He was released from the prison a month back, it is learnt. He was produced in the court after which he was remanded to judicial custody.