New Delhi, Nov 21 (IANS): While a section of vocal farmers protesting since last year and the habitual critics of the Narendra Modi regime are busy celebrating the repeal of the three farm laws, there are ominous signs of bad news coming from the reforms front as revealed by the IANS-CVoter poll.

The farm laws were not the only reform measures being pursued aggressively by the government. Prime Minister Narendra Modi has staked a lot of political capital on two more reform measures, among many others. The first relates to changes in the antiquated labour laws that have been benefiting only a privileged few while depriving the vast majority of workers (about 90 per cent of the workers according to reliable estimates) of any benefits.

Since 2020, changes to labour codes are waiting to be implemented.

When asked the repeal of farm laws will encourage trade unions and their leaders to oppose changes to labour laws, close to 43 per cent of respondents seemed to agree. There was not much difference between the opinions of NDA and opposition supporters. 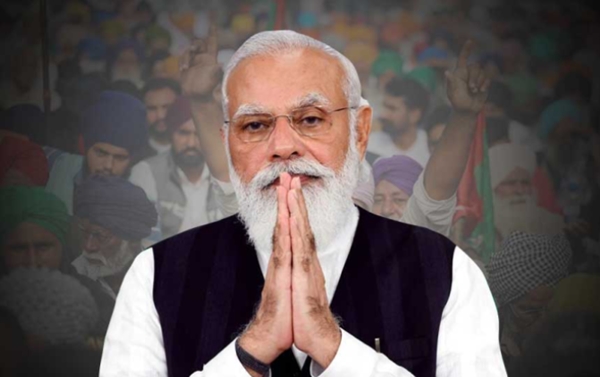 Interestingly, more than 25 per cent of the respondents could not express any definitive opinion which means they are uncertain about labour reforms.

Something similar came up when respondents were asked if opponents of the government will try to stall the ambitious privatisation program being pursued. Close to 48 per cent of the respondents agreed with not much difference between NDA and opposition supporters. Again, about 25 per cent could not give an opinion, reflecting uncertainty.

Finally, the IANS-CVoter poll asked respondents if Indian and foreign investors will get a message that reforms are not happening in India. An almost equal 36 per cent agreed and disagreed. But then again, 29 per cent could not express an opinion. This clearly means the ordinary Indian is no longer very sure of the reforms agenda being pursued with vigour by the Modi regime.

That can only mean bad news for the future prospects of the Indian economy.

Everything is political in India. The controversial passage of farm laws in Parliament and the subsequent repeal now is even more so. When asked about the motive behind the protests against the three farm laws that have been going on for about a year during a nationwide snap poll conducted by IANS-CVoter in the immediate aftermath of the repeal, more than 56 per cent respondents said that the protests were politically motivated. Interestingly, close to 48 per cent of opposition voters thought the same.

When asked if Modi, like he did with the Land Acquisition Bill in 2015, succumbs to pressure when he is accused of being pro-business, 36.3 per cent of NDA supporters disagreed, while 43 per cent said a thumping yes.

When asked about who gets credit for the repeal, 47 per cent NDA voters suggested the Modi government while 36 per cent of opposition supporters disagreed.

The IANS-CVoter poll makes it clear that the farm laws and the politics around it will play a key role in the forthcoming elections.

Contrary to what pundits opined in the immediate aftermath, Prime Minister Narendra Modi's image and political capital does not seem to have been dented after he announced the repeal of all three farm laws on November 19. This was revealed by the IANS-CVoter snap opinion poll conducted across India hours after his announcement of the repeal.

More than 52 per cent of the respondents said the Prime Minister had taken the right decision. This is to be expected since some analysts claim that the farm laws were bad to begin with and their repeal would surely be welcome.

Actually, more than 50 per cent of the respondents asserted that the farm laws were beneficial for the farmers, while a considerably lower 30.6 per cent claimed they were not.

Perhaps the most important metric to emerge out of this poll is what ordinary Indians think about Modi's approach to farmers. A clear majority of 58.6 per cent of the respondents said that Modi was actually pro-farmer, while a comparatively meagre 29 per cent though he was anti-farmer.

Even more interesting, more than 50 per cent of opposition voters think Modi is pro-farmer. Lastly, when respondents were asked about the real motives behind the lengthy and contentious agitation that led to the repeal of the farm laws, a big majority of 56.7 per cent were convinced the agitation was politically motivated with a plan to weaken the Modi-led NDA government. Just 35 per cent of the respondents had a contrary opinion.

The data from the poll results after the repeal of the farm laws seem to suggest that all those celebrating the political emasculation might have to wait before they pop open their champagne bottles.

The repeal of farm laws will encourage trade unions and their leaders to oppose changes to labour laws, as per the IANS-CVoter poll.

As per the poll, close to 43 per cent of respondents seemed to agree. There was not much difference between the opinions of NDA and opposition supporters.

Title: Ordinary Indian no longer very sure of reform agenda being pursued by Modi regime