Bengaluru, Nov 13 (IANS): Countering opposition leaders who are making allegations on ruling BJP over Bitcoin scam, Chief Minister Basavaraj Bommai has challenged them to elaborate as to what exactly is the alleged Bitcoin scam and submit the documents, if any, to the investigation agencies, which are already conducting the probe into the issue.

Speaking to media persons after the function to felicitate Justice Aravind Kumar, who has been appointed as the Chief Justice of the Gujarat High Court, Bommai on Friday said, "I will not like to react on the issue every day. " 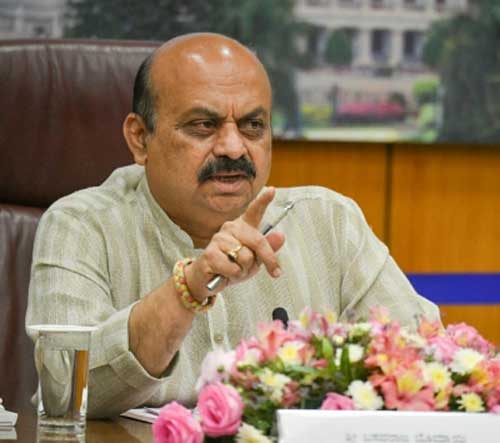 Replying to questions from the reporters on the issue, Bommai said, "let those who are making the allegations explain what exactly is the scam and who are involved in it. The case has been handed over to the Enforcement Directorate 8-9 months ago. Interpol Cell of the CBI too has been informed about the case which has international dimension."

Divergent figures are being quoted about the amount involved in the alleged scam. There was no documentary backing for the allegations, he said.

"Our government has an open mind about the issue. There is no question of shielding anybody. None of us are involved in it. Let them submit the documents in their possession to the investigation agencies, let the truth come out," Bommai said.

When asked about claims of the opposition leaders that the alleged scam would force him to quit, "it is a politically motivated allegation," he replied.