Mumbai, Oct 29: A woman police officer who was trying to pacify the enraged mother and daughter was assaulted by them at Malad. Both have gone missing after the incident. The video of the whole argument has gone viral on social media.

Both are booked for assaulting a police officer on duty. The woman officer, who was assaulted, worked for the Nirbhaya Squad.

Shivani Kediya and her mother Lakshmi, residents of Malad had allegedly double parked their vehicle near Patel Shopping centre at Malad west on the evening of Tuesday, which also had illegal tinted glasses on it. 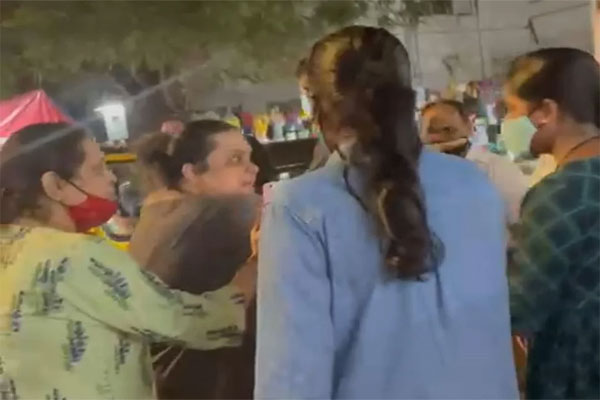 Senior traffic inspector of Malad traffic station, Narendra Shinde asked his personnel to take action on the vehicle. However, Kediya burst into anger when the cops asked her to get out of the vehicle and started abusing. During the altercation, Inspector Rital Parule from Nirbhaya Squad tried to intervene but she was pushed aside by Kediya and her mother Lakshmi also pulled the woman inspector by her shoulder according to the video.

Police are on the hunt to arrest both the offenders.