BJP to highlight Modi govt's initiatives to get Muslim votes

New Delhi, Oct 28 (IANS): To win over support of Muslim voters in the upcoming assembly elections in five states, the BJP plans to focus its campaign on initiatives taken by the Narendra Modi Government for better 'Talim' (education) and 'Tijarat' (business) for the community during last seven years.

To highlight the Modi government's initiatives under talim and tijarat, BJP minority morcha will be launching a nationwide campaign from November with special focus on poll bound Uttar Pradesh where Muslims constitute around 20 per cent of total electorate.

BJP minority morcha national president Jamal Siddiqui told IANS that the Modi government worked to educate and economic empowerment of Muslims and the party will highlight these initiatives through its special campaign 'talim' and 'tijarat'. 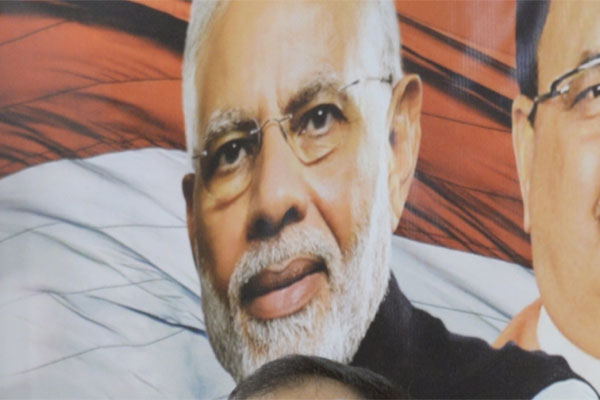 "Through 'karyashala' (workshop), our workers will tell the minority about the Modi government's commitment to uplift and empower them. The workshops will be held in every district. Our workers will explain to them about schemes to get benefits of better talim and ways to start new tijarat for economic empowerment," Siddiqui said.

As per plan a training workshop will be held at national level in which workers of minority morcha will be explained about various schemes of the Modi government and ways to avail it. Trained workers will travel across Uttar Pradesh and other poll bound states of Punjab, Goa, Manipur and Uttarakhand where assembly polls will be held early next year.

Along with BJP minority morcha workers senior party leaders including union ministers, ministers in state government, members of parliament and MLAs will participate in reach out programmes. The saffron party is also trying to secure a minimum of 5,000 Muslims or minority votes in each assembly constituency of Uttar Pradesh.

"Target is to get minimum five thousand new Muslim votes in each assembly seats and more votes from other minority communities," he said.