The competition, which is being organised for the second time, will be held on Sunday October 31 in the premises of the St Mary’s English Medium School.

Rangoli is a traditional art form, which is part of the daily routine in one’s life. We can see this in front of each house. Also during the festival time, varieties of rangolis can be seen. Also, rangolis are made during various functions and religious rituals. 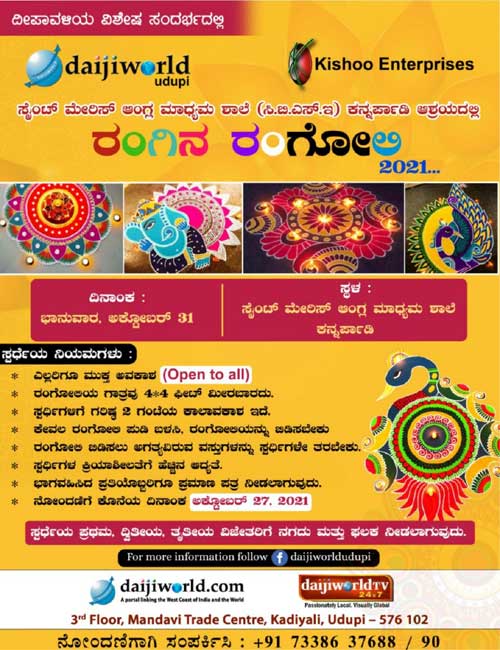 Rangoli is also known by different names based on state and culture. It has its own significance. It represents happiness, positivity and liveliness of that household.

The first, second and third prize winners will be awarded cash prizes along with trophies and certificates. There will be three consolation prizes also. All participants will be given certificates.

The last date for the registration is October 27.