250 IS terrorists arrested in Afghanistan in a month: Taliban

Kabul, Oct 21 (IANS): The Taliban-led government in Afghanistan has claimed that 250 Islamic State (IS) terrorists were arrested in the country in the past one month, the media reported.

"(At least) 250 individuals affiliated with IS have been arrested. They were those who fled from the prisons," TOLO News reported on Wednesday evening citing one of the Taliban officials as saying.

"Some of their plans were to carry out blasts but the plans failed, their attacks were thwarted," the official added. 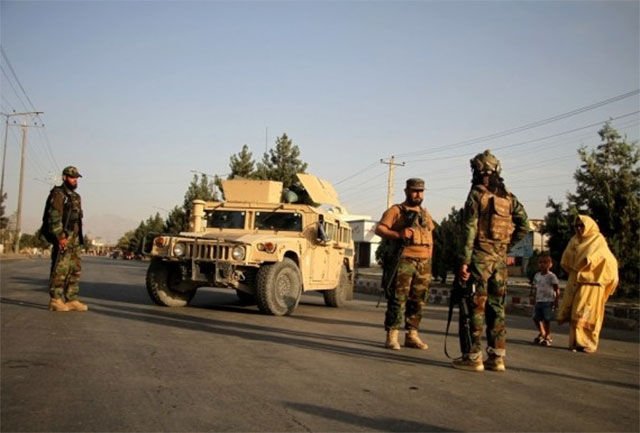 The development comes after the terror group's Khorasan branch (IS-K) claimed responsibility for bombings at two Shia mosques in Kunduz and Kandahar province.

The attack in the Kandahar city mosque on October 15 killed 63 people, while the bombings in the Kunduz claimed the lives of at least 50 people.

On October 16, the IS announced that they will attack Shia Muslims everywhere, in their homes and centre.

The IS-K is emerging to be the biggest threat of the Taliban government after they took over Afghanistan.

Last week, Russian President Vladimir Putin had warned of IS fighters entering Afghanistan from Iraq and Syria and added that there were presently up to 2,000 affiliates in the north of the war-torn nation.

Title: 250 IS terrorists arrested in Afghanistan in a month: Taliban