Mangaluru, Oct 18: On the eve of Dasara celebration, one can notice artists making Sharada and Navadurga idols with the priest carrying out the rituals. The children of Ramakrishna Balikashram here, took up the initiative to make idols of Navadurga and Sharada. Meanwhile, the children conducted rituals and chanted bhajans throughout the Dasara celebration.

As many as 6 students joined hands in preparing the idols for Dasara. Idols like Rajarajeshwari, Saraswathi, Bhrami, Maheshwari, Mahakali, Vaishnavi and Kaumari were made by the students. They not only made the idols, but dressed them up with sarees and decorated the idols. 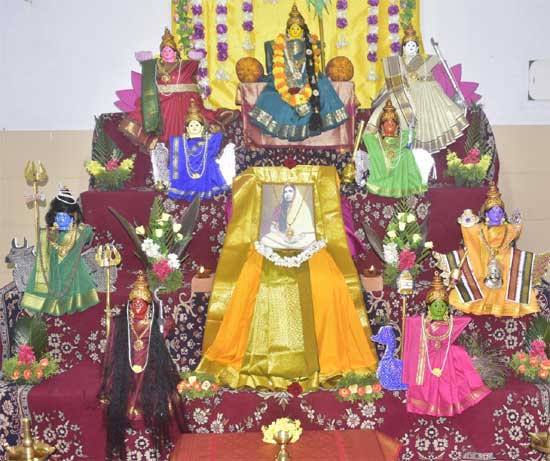 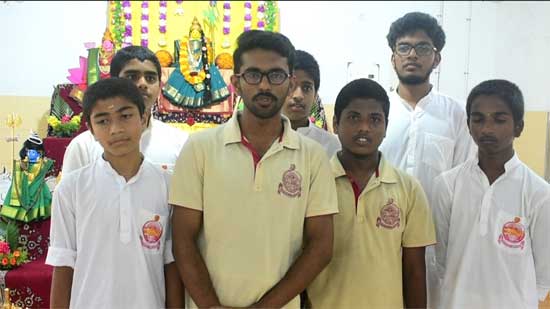 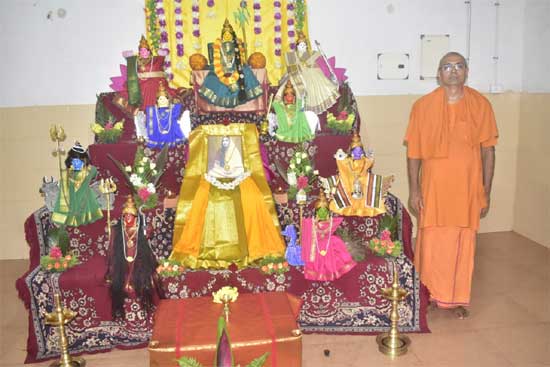 Nandish, Deekshith, Himamshu, Prajwal, Siddarth, Yashash and Keerthan are the students who made the idols.

“In two days, we prepared 9 idols. We had made certain plans to prepare the idols and could finish them in two days,” said Deekshith.