Mumbai, Oct 17 (IANS): In jolt to the Bharatiya Janata Party, its former Maharashtra unit Vice President Bhaskarrao Patil-Khatgaonkar and former legislator Omprakash A. Pokarna on Sunday announced their return to the Congress fold.

The development, coming in the run-up to the crucial Deglur Assembly by-elections scheduled on October 30, is expected to boost the Congress prospects in the district.

Patil-Khatgaonkar and Pokarna made the announcement at a joint press conference held here this afternoon in the presence of Congress' Nanded strongman and Public Works Minister Ashok Chavan. 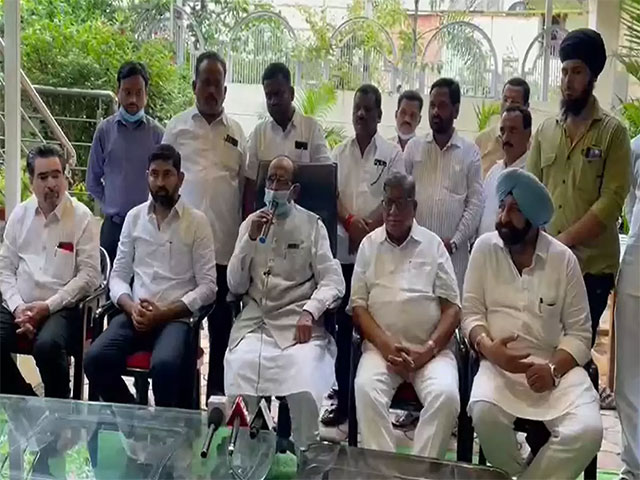 Patil-Khatgaonkar, a three time MP and MLA and two time state minister - who quit Congress in 2014 - is the son-in-law of former party stalwart and Union Minister, the late S. B. Chavan, and brother-in-law of Ashok Chavan.

Pokarna, a former Nanded Mayor and a legislator, had joined the BJP in 2014, but has decided to return to Congress along with his mentor Patil-Khatgaonkar.

In Deglur, the Congress has nominated Jitesh Antapur, son of the late MLA Raosaheb Antapurkar, who passed away in April due to Covid-19, and the BJP has fielded ex-Shiv Sena legislator Subhash Sabne, who joined it recently.

Besides Patil-Khatgaonkar and Pokarna, many other office-bearers and activists who will also walk over to the Congress, were welcomed by Ashok Chavan and other leaders.