He was formally installed as the 22nd Malankara Metropolitan (Administrative Head) and Catholicos Designate (Spiritual Head) at the 57th Malankara Syrian Christian Association meeting, the apex body comprising the representatives of priests and the laity, ratifies the Orthodox Church Synod's decision. The meeting was held at Parumala Seminary in Thiruvalla on Thursday October 14. The meeting was conducted virtually and it was attended by 3091 representatives from various parts of the world. 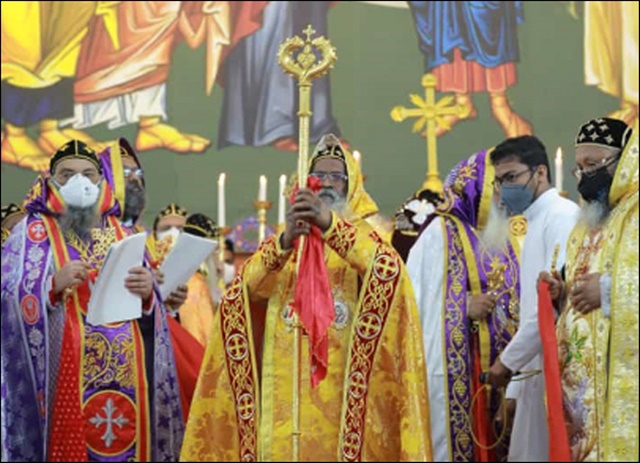 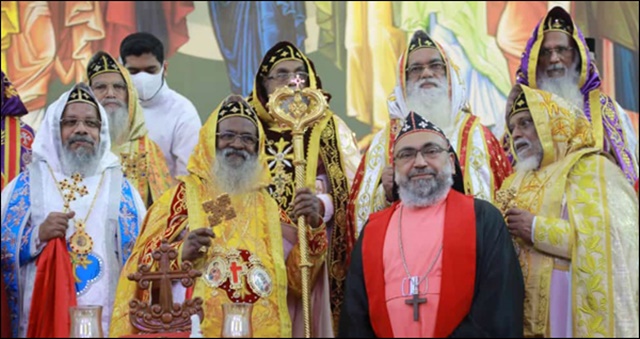 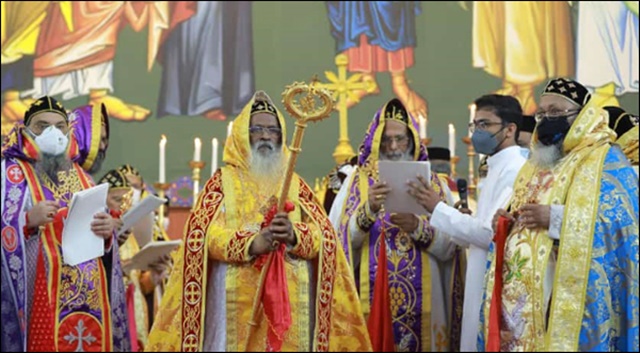 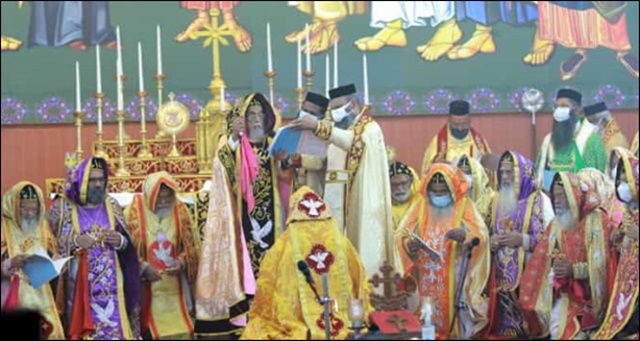 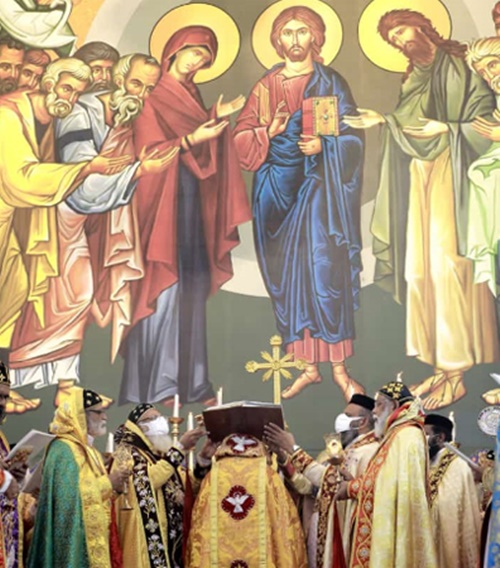 Mar Severios was handed his official attire and insignia of Malankara Metropolitan following this.

On Friday October 15, Mar Severios was consecrated as the 9th Catholicos of the East with the title Baselios Marthoma Mathews III, during the Enthronement service held at Shrine of St. Geevarghese Mar Gregorios (St Peter's - Paul's Church, Parumala) led by Kuriakose Mar Clemis in the presence of members of the Synod and other ecumenical heads. With the ceremonial thrice utterance of Greek word ‘Axios’, which means ‘the deserving one’ and lifting of the new head seated on a chair by the Bishops of the Church Mar Severios was proclaimed as the Catholicos.

The Synod had unanimously nominated Mar Severios to be the new patriarch earlier. In all 24 Metropolitans of the Church took part in the Synod meeting last month at the Catholicate Palace at Devalokam in Kottayam town.

Mar Severios, 72, is currently the Metropolitan of the diocese of Kandanad West and diocese of Idukki.

The new Catholicos succeeds His Holiness Baselios Marthoma Paulose II who passed away in August this year.

Dr Mathews Mar Saverios was born on 12 February 1949 to Cherian Anthrayos of Mattathil family in Vazhoor. He has a BD degree from the Serampore University and pursed his higher studies in Theology at Theological Academy, Leningrad, Russia, states his profile on the church website. He later took his MTh and PhD from the Oriental Institute, Rome. He is a faculty member of the Orthodox Seminary,
Kottayam, the profile states further.

Felicitation letters from Patriarch Kirill, the supreme head of Russian Orthodox Church, and other International Ecumenical heads was also read on the occasion. Fr Alexander Kurien also conveyed wishes from the US President Joe Biden and presented a memento from the White House.

In his address after taking charge, the Catholicos said unity does not mean merging of churches and termed Malankara Church is one and thanked everyone.