Jul 26: Rising Petals is an anthology penned by the entrepreneur & academician - Ashwini Rath. Ashwini, who is also a trained theoretical physicist, was intrigued by the Information Technology industry at a time when it was pioneering in India. This led him to enter the cloud computing industry.

‘Rising Petals’ is the first collection of poems that Rath has published. If looked at a glance, the poems in the book have a range and diversity and appear to be written over a long period of time, reflecting the state of mind and moods of the poet. It becomes a more enjoyable read if it is read not altogether, but one poem at a time; otherwise, the reader might feel jolted from one emotion to another through a poem since there is no scope of transitional comfort in the book. 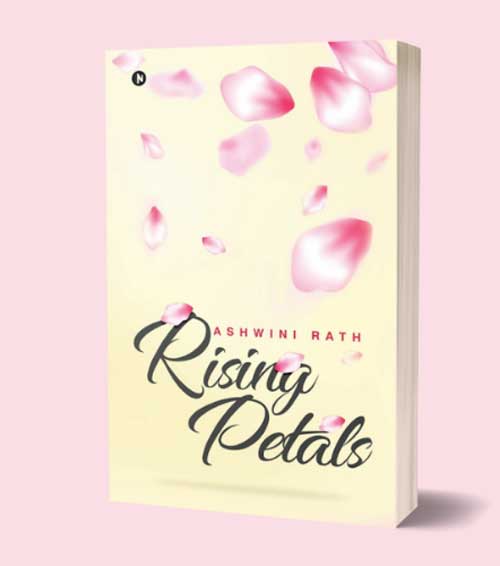 A lot of his work in Rising Petals follows surrealism and involves conversation and connections with strangers and objects and how that has an impact on the self of the poet. Rising Petals is also a testimony of the poet’s affinity for bucolic life and nature. Many of his poems, like Pebbles, are set at a rural location.

There are also elements of commentary towards the current society and environment at some level and how it draws a parallel with what’s going on inside us.

Faith sans reason,
A facade.
No love,
No compassion,
No respect
For the liberty of another –
Young or old.

However, some of his work in the anthology runs the risk of being preachy. Poets telling how to live and fantasizing about a utopian world isn’t new but it doesn’t fit in this anthology. While there is diversity in the poems, almost all of them are subtle in nature. But some poems like Victory don't seem to fit. The anthology could have surely used a more mindful selection of poems.