Beltangady: Police send back 69 vehicles on way to Dharmasthala during night

Beltangady, Jun 20: With lockdown still in place and weekend curfew on, police have increased inspection of vehicles at district borders and other places to ensure that people do not travel unnecessarily.

On the intervening night between Saturday June 19 and Sunday June 20, police inspected several vehicles at Gundya checkpost amidst reports that many tourists from other districts were arriving into Dakshina Kannada without valid reason. 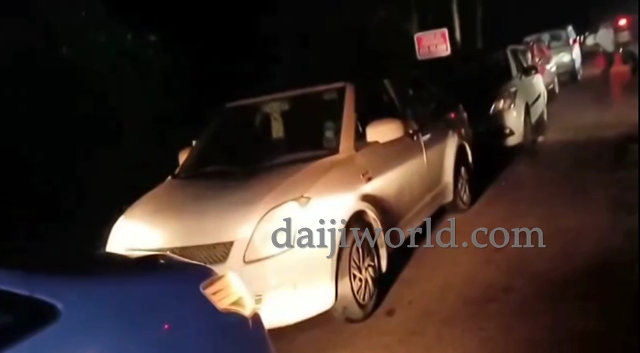 Several of the passengers in these cars allegedly said they were coming to Mangaluru for medical reasons, however, it was found that they were actually visiting Dharmasthala, police sources said.

The cops sent back 69 vehicles that were proceeding towards Dharmasthala temple between midnight and 3 am.

Security has been increased at all district borders and also on Charmady ghat as per the instructions of the DC. Strict vehicle checking is in progress at Ujire too.

From the past two to three days devotees in large numbers have been arriving from others districts to visit the holy places of Dharmasthala and Subramanya. In the wake of this information, deputy commissioner Dr Rajendra K V has given strict orders to the police department to confiscate such vehicles.

In addition, the DC has also ordered to install additional checkposts at Charmady and Periyashanthi to inspect the vehicles arriving into the district.

Title: Beltangady: Police send back 69 vehicles on way to Dharmasthala during night