Seoul, May 3 (IANS): Three South Korean electric vehicle (EV) battery makers accounted for 31 percent of the global market in the first quarter, but their share has slipped since last year in the face of toughening competition with Chinese rivals, a market research firm said on Monday.

The trio -- LG Energy Solution, Samsung SDI and SK Innovation-- supplied a combined 47.8 gigawatt-hour (GWh) equivalents of EV batteries in the January-March period, up 127 percent from a year earlier, according to the data by SNE Research. 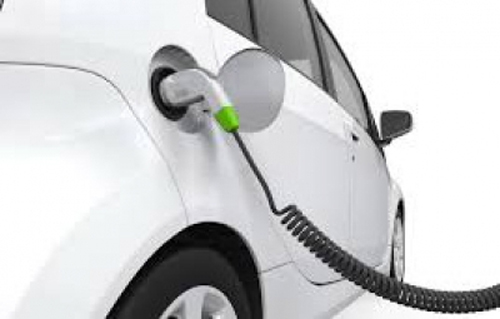 Their sales of EV batteries sharply rose in line with solid demand for battery-powered vehicles by major automakers, but the combined share declined from last year's 37.8 percent as Chinese manufacturers expanded their presence on their home turf, the world's top EV market.

LG Energy Solution, which supplies batteries to EV models by Tesla, Volkswagen and Ford, stayed in second place with a 20.5 percent market share in the first three months of this year, following China's CATL with 31.5 percent, reports Yonhap news agency.

The market share of two other Korean makers -- Samsung SDI and SK Innovation -- stood at 5.2 percent, which put them in fifth and sixth place, respectively, with a razor-thin margin.

"With EV battery technology undergoing swift changes and rising competition underway, the Korean battery makers seem to be backing out due to Chinese players," SNE Research said in a report.

"With CATL at the head, Chinese battery makers are eating up the global market at an alarming rate and will likely trigger fiercer competition in the EV battery market in the near future."