Mangaluru, Mar 15: The Thai Sac brood disease which had devastated coastal Karnataka about a decade back has appeared again. Because of this disease that has appeared at various places, the farmers have become listless. Several families which are involved with bee keeping in a large way are hard hit by this disease. However, as there are no known remedies for the problem, the farmers have become helpless.

The disease had appeared at various places during the beginning of previous rainy season, and scientists in the horticultural department had been informed about it. They visited the affected spots, and suggested some remedial steps. But their suggestions had not worked and many apiary families have become victims of this disease, says a veteran bee keeper, Shyama Bhat Vadyakody. 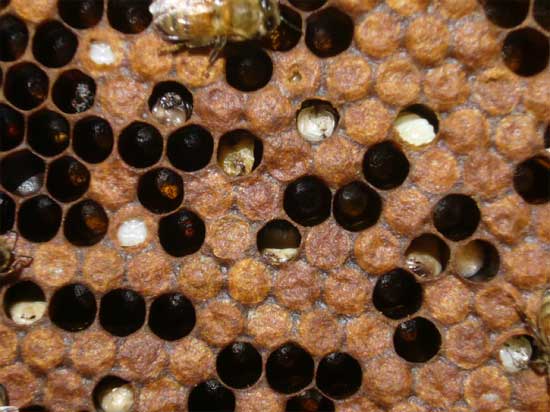 As per expert advice, powder of mushrooms which take birth in the fronds of areca nut trees were fed duly mixed with sugar and water. Then, the powder of Nelanelli and turmeric powder mixed in sugar syrup was also provided. These things might have had some affect, but the disease got deep-rooted and families dependent on apiary activity suffered huge losses. '

The symptoms of the disease are the honeybees slowing their work, losing their activity, not sighting the bees on the upper layer of the combs, drying of the larvae, death of honeybees etc.

Once a honeycomb is affected by this virus, the virus spreads as honeybees visit various flowers to collect nectar. Initially this disease had spread in Thailand in 1970 and therefore it acquired this name.

Radhakrishna Kody, trainer in apiary, says that keeping the honeycombs as clean as possible and burning the affected combs are the methods to treat this disease.