Mangaluru, Dec 9: There are signs that the much-awaited and decade old proposal of making tunnel road on Shiradi Ghat, is going to be dropped by the union government. The central government feels that the project involves mammoth investment and is filled with many challenges.

The matter was clarified in the answer that union minister for highways and land transport Nitin Gadkari gave to the question of MP Nalin Kumar Kateel on Thursday in the parliament.

Gadkari, who had arrived to Mangaluru in the month of February this year, had promised that the six-lane Shiradi Ghat project will be taken up soon and the project worth Rs 14,000 crore was awaiting a nod. 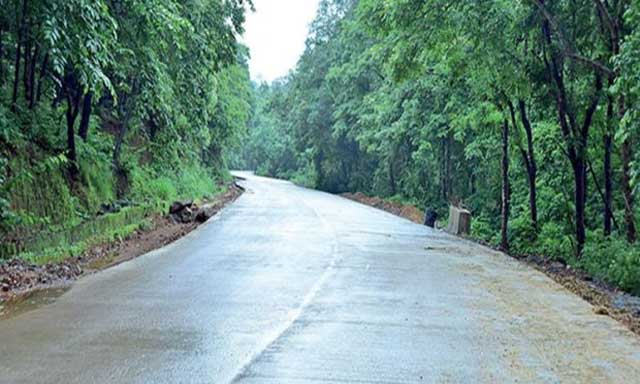 Gadkari clarified on Thursday that in order to ease traffic on Shiradi Ghat, the two-lane highway will be converted into four-lane and experts had already been nominated by the NHAI to prepare a DPR on the project.

Representatives of Canara Chamber of Commerce and Industries always urged that the tunnel project is vital in order to ease goods and passenger transport from Mangaluru to Bengaluru.

GIO Consult India of Austria origin had readied the DPR of tunnel road on Shiradi Ghat. The 23.5 km long stretch had six tunnels and seven bridges in it.

At present it takes seven to eight hours to reach Bengaluru from Mangaluru by road. Tunnel road would have reduced the time on the Ghat section by at least one hour. Another point is that if the tunnel is made forest will not get destroyed. If the two-lane ghat road is converted into four-lane, it will involve destruction of forest area.