Mangaluru, Dec 7: The Mangaluru City Corporation (MCC) is all set to name the road leading from circuit house to Bejai church after former defence minister George Fernandes who died in 2019. BJP corporator Sudheer Shetty had put forward the proposal to name the road after Fernandes, who was born at Bejai. 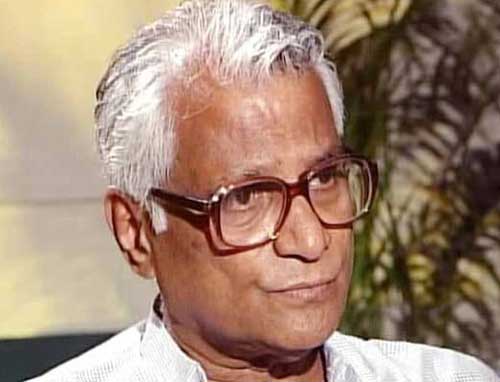 Fernandes, born in 1930 to John Joseph Fernandes and Alice Martha Fernandes from Bejai, was elected to the Lok Sabha nine times. A native of Mangaluru, George Fernandes rose to fame as an anti-Emergency crusader and civil rights activists and served as a Union Minister in the Janata Party government headed by Morarji Desai that came to power in 1977 to 1980. Fernandes later joined the Janata Dal. He served as Railways Minister in the V P Singh government from 1989 to 1990. He was instrumental in setting up the Konkan Railway project, connecting Mangalore and Bombay. In 1994, Fernandes formed the Samata Party, which later allied with the Bharatiya Janata Party. He was appointed convenor of the National Democratic Alliance (NDA) and served as the Defence Minister in the Atal Bihari Vajpayee government for two terms, between 1998 and 2004.

It is gathered, Sudheer Shetty also had suggested to name the approaching road to Mangaluru Junction Railway station after Fernandes, the proposal of which is pending with the standing committee on town and reforms.