Udupi, Dec 5: A truck that was carrying paddy sacks overturned on two tourist cars, after the driver lost the control at Kelaparkala near here.

One car was completely damaged. All the paddy sacks were strewn all over the road causing difficulty for commuters. It is learnt that the occupants of the car escaped from danger. 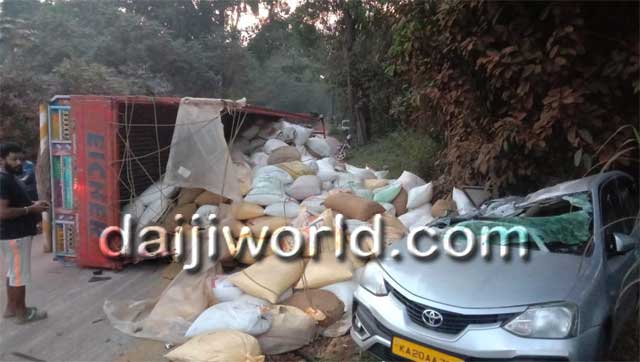 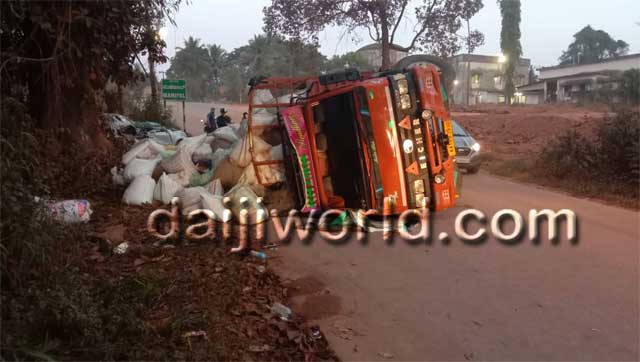 Vehicle drivers who arrive from other districts and states get confused while driving from Udupi to Parkala. In the area where new road work is in progress, traffic is diverted from the past 15 days. Locals filed complaint at Manipal police station of dust particles due to vehicle moving on paved road.

There are no traffic sign boards or protective barriers. As there is not arrangement of street lights, vehicle drivers get confused whether they should take the old or new road.

Earlier too, many accidents have taken place at this spot. Allowing of vehicles to move as the new road work is in progress has caused all the issues. Two roads that connect to Kelaparkala are also completely damaged.