Patna, Dec 4 (IANS): In a dry state Bihar, deaths due to spurious liquor seems to to becoming a regular affair. However, rolling back the decision of liquor ban in the state may politically turn suicidal for the Nitish government and the JD(U).

Every time deaths due to spurious liquor is reported in the state, leaders of opposition parties as well as intellectuals jump the gun to target the Chief Minister. 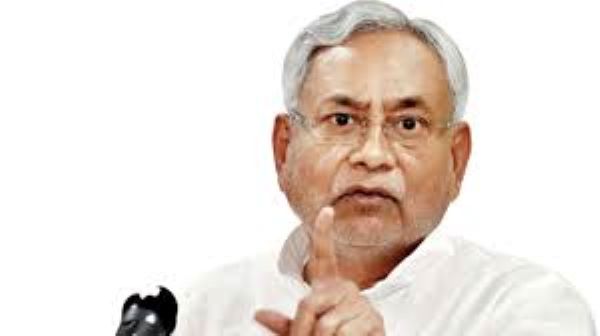 The latest deaths due to alleged consumption of spurious liquor were reported from Vaishali district of the state where three persons died in three different villages.

Among three deceased, one, Jay Pradhan Newar, was a principal of a prominent private school. He was a native of Darjeeling and was currently residing in Vaishali's Mahnar block.

Tufail Ahmed Khan, the owner of the school said: "Newar was the principal in my school. He used to drink liquor. It is available everywhere in Mahnar and hence people are drinking it..."

Jiva Devi, the mother of another deceased Rahul Kumar, said: "My son went to a wedding function on November 30. When he returned home, his health was not good. We admitted him to Primary Health Centre (PHC) in Mahnar. Seeing his condition, doctors referred him to Sadar hospital Hajipur where he succumbed."

The third person, who allgedly died after consuming spurious liquor, was Anil Kumar. His family members also admit that he had consumed liquor.

Chirag Paswan, the president of Lok Janshakti Party Ram Vilas (LJPR) said: "Manufacturing of liquor is taking place in every block of the state and officials are allowing mafias to operate. The police and other administrative officers in the state are not arresting those involved in illegal liquor trade as they (mafias) are sharing the earnings (with officials) and the money is going from top to bottom."

With everyone -- except government officials -- claiming that liquor is easily available in the state, the question arises why a stringent law is ineffective in Bihar.

One of the reasons is the ineffectiveness of law enforcement agencies. Also, on several occasions, it has been seen that the police and the excise department teams have faced stiff resistance from local people. Even, sometimes they (officials) become victims of it.

One such incident was reported from Samastipur recently, when a team of police personnel standing in civil dress was attacked by locals on suspicion that they are criminals.

The violent mob snatched an AK-47 assault rifle and a police rifle from them. The district police however recovered the weapons abandoned at the place.

A gang of sand mafias attacked a joint team of mining department and the police in Nawada. The incident occurred at Mafi village after the team intercepted three tractors laden with sand.

The mafia managed get the tractors released after pelting stones on the police. Annu Kumar, the sub-inspector of the mining department lodged an FIR against unknown persons.

These are some of the incidents which indicate that the law enforcement agencies have no influence in the rural areas. They are literally ineffective in villages. The people in rural areas have no fear of laws imposed by the state government. This is one of the reasons for the failure of liquor ban law on ground.

Such a situation has big implications for any government. If the policies are not made according to the expectation of common people, the law will succumb and the same thing is happening with liquor prohibition law in Bihar.

For Nitish Kumar, the liquor prohibition in the state has become an issue of prestige. If he rolls back the law, it would backfire his own party in the next election.

The opposition leaders are aware of this fact and thus they raise the issue aggresively every time a liquor tragedy takes place in the state.

"Compared to other states, you are paying Rs 10 extra for petrol and diesel in Bihar. The state government is collecting extra tax of Rs 10 on per litre of petrol and diesel. As a result, the prices of fertilisers and other commodities are also higher in Bihar, if you compare it with neighbouring state Uttar Pradesh," Kishor says.

"Liquor is banned in Bihar but home delivery continues here. Nitish government is covering the loss of revenue from common people. The fee of land registry in Bihar is highest in the country. Villagers who are solely dependent on agriculture are in a precarious situation in Bihar. In the past, they used to purchase one or two katha land in a year and now they are selling lands for their survival," he asserts, adding that the farmers in the state are "not even getting MSP of their crops".

The ban on liquor is also hurting the vote bank of Nitish Kumar-led JD-U as his government also imposed a ban on tari as well.

A large section of the Pasi community, which has sizeble vote bank in the state, has been dependent on Tari for their livelihood. Recently, on November 29, a large number of people of Pasi community protested in Patna and faced police actions. They blamed Nitish government for snatching their source of earning by putting tari in the category of liquor.

"The liquor consumption is considered a social evil. Hence, no one wants to come forward to say that the decision to ban liquor was wrong. But when it comes to tari, it is related to the livelihood of a particular community. Dalit leaders such as Jitan Ram Manjhi and Chirag Paswan are declaring it a natural juice and are advocating for immediate roll back of ban on tari," said political analyst Bharat Sharma.

Mritunjay Tiwari, the national spokesperson of RJD said: "Nitish Kumar took the decision considering the larger section of the society. It has great results in the state. Women are satisfied with the Chief Minister's decision. Every time a law is implemented anywhere in the world, some violators always come to violate it. (For instance) We have stringent law pertaining to murder and rape, yet these crimes are taking place."

"When the liquor was banned in the state, the people involved in liquor business were asked to do the dairy business, and many of them adopted it too. Similarly, when it comes to tari, there is a provision of producing of nira (also called palm nectar). So, I must say that the Pasi community should not be disappointed with the ban of tari. They have an option of producing nira to earn their livelihood," Tiwari told IANS.

Title: Rolling back liquor ban in Bihar may be political harakiri for Nitish Kumar