Kaup, Dec 3: A tipper hit a scooter that was travelling from Udyavar to Ucchila at Katapadi junction on NH 66 on Friday December 2. The pillion rider died in the accident and the rider was seriously injured.

Sushikshith Bhandary (20), Bolje Kedar resident of Udyavar is the unfortunate victim of this tragedy. He was going along with his friend to Ucchila in order to serve food for a catering company. As the scooter was trying to enter the highway from the service road at Katapadi, the tipper truck which was going to Shirva from Katapadi knocked the duo down. 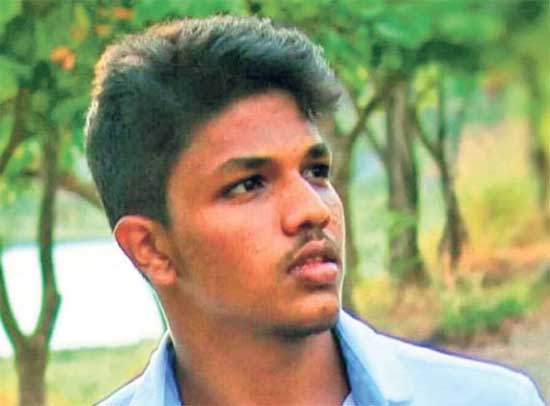 Sushikshith was thrown onto the road due to the impact of the collision and received severe head injury. Though he was rushed to Manipal hospital, he succumbed on the way. Rider Jayadeep, who is seriously injured, was admitted to a hospital.

Sadly, public forgot humanity as none came forward to help the accident victims soaked in blood. Two friends of the injured person pleaded with the public to take the injured to hospital. The public was watching from a distance silently. Even pleading to bring an auto rickshaw fell on deaf ears of the public. Police who were nearby, did not go near the victims. At last, the friends of the victims pleaded and took the victims in an auto rickshaw. A video of the friends clinging to the injured victim and wailing has gone viral on social media.

Sushikshith was the only son of Shivanna Bhandary, who runs a saloon in Udyavar town, and his wife Sujaya Bhandary. He had completed his degree and was on the lookout for a job.