Doha, Nov 27 (IANS): A fire that broke out on Qetaifyan Island near Lusail City on Friday was brought under control. Nobody was reported hurt, a report by The Sun said.

Qetaifyan Island is a man-made island and is part of Lusail City, north of Qatar's capital Doha. 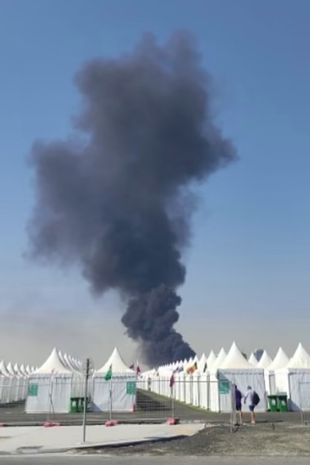 The city is a luxury commercial and residential district meant to keep away people from the hustle and bustle of the city.

Qatar is hosting the FIFA World Cup and hotels and fan cities are housing numerous fans from all across the world.