Bengaluru, Nov 26: Karnataka has secured the first and second position in registration of health professionals and facilities in the entire country under the Ayushman Bharat Digital Mission, Health and Family Welfare Minister Dr K Sudhakar said on Saturday.

The minister said the State also leads in digitisation of patient records. 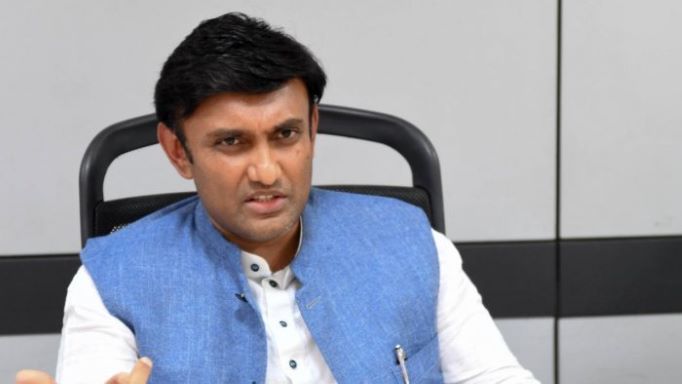 Expressing happiness about Karnataka’s achievements in the health sector, Dr Sudhakar said the State holds the first position with 28,643 doctors and nurses registered in the Healthcare Professionals Registry (HPR).

Karnataka has also secured the 2nd position under the Health Facility Registry (HFR) and a total of 27,244 facilities have been registered, he said.

The State has also made significant progress in setting up section and block-wise fast-track counters in outpatient departments using the “scan and share” feature under Ayushman Bharat Digital Mission.

The Ayushman Bharat Digital Mission (ABDM) aims to develop a comprehensive digital health infrastructure in the country. This will bridge the gap between various stakeholders of the healthcare ecosystem through digital channels, the Minister said.

Karnataka ranks 2nd in the country by linking 4.58 lakh records to ABHA. It is also a significant achievement out of 517 public hospitals in the country that are using HMIS and ABDM, 334 hospitals are in Karnataka.

With 1.35 crore people in the country having Ayushman Bharat health accounts, the state ranks 7th in this sector.

“ABDM Building Blocks” have also been formulated to integrate key health documents of Ayushman Bharat card holders. A significant achievement has also been made where the Ayushman Bharat Card holders are able to access health records through the E-hospital portal, he said.

Due to this development, there is no need to carry any physical documents. Detailed personal health records may be procured instantly upon consent. Outpatient department registrations have been fast-tracked through the E-hospital scan and share facility.

This has been a significant benefit of ABDM, which has been implemented in collaboration with the National Health Authority (NHA). This reduces the queues and waiting time for OPD registration. Accessing medical records has also been made easy.

Dr Sudhakar explained that by entering accurate data in the e-hospital portal by using Aadhaar, duplication can be prevented.

This system was launched in CV Raman Nagar General Hospital on October 27 earlier this year and now this system has been implemented in 15 hospitals of the State.

A similar system would be implemented in all medical college hospitals, district hospitals and high-pressure taluk hospitals, Dr Sudhakar said.