Sullia, Nov 23: The mortal remains of a woman was found stuffed in a gunny bag in a rented house here at Beeramangala who is suspected to be killed by her husband.

It is suspected that the accused is likely to be Imran who is working in a hotel here. He has been living in a rented house in Beeramangala for the last six months and it is said that about two days back he had left the town saying that he would be going to his home town and had not taken his wife along with him. When the locals suspected foul play the police were informed about the missing woman. 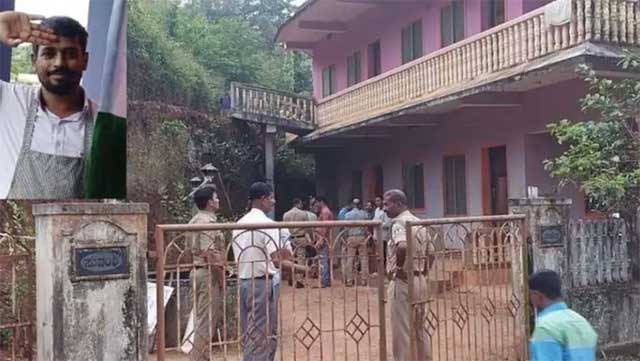 The house where the body was found and Imran (inset)

The police broke open the rented house in which Imran was living. On searching and inspecting the house, the police found a gunny bag stuffed with a dead body of a woman. The Sullia police are investigating.