Mangaluru, Nov 17: The shooting of Raj B Shetty directorial ‘Swathi Mutthina Male Haniye’ was wrapped up in 18 days. 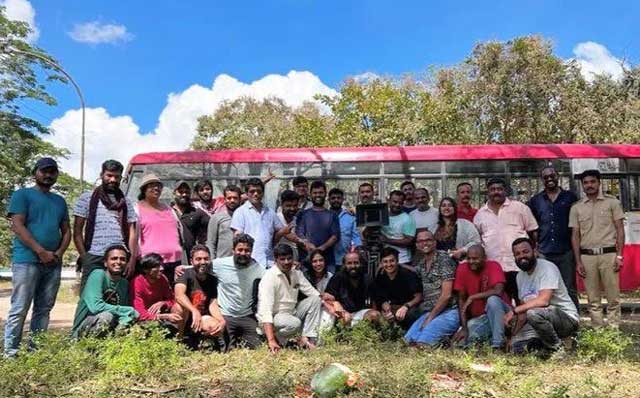 Apart from Raj B Shetty and Siri, the star cast includes Balaji Manohar, Surya Vasishta, and Rekha Kudligi in pivotal roles. The music for the film is composed by Midhun Mukundan and camera handled by Praveen Shriyan.