Bengaluru, Oct 6 (IANS): The Enforcement Directorate (ED) on Thursday issued summons to Karnataka Congress President D.K. Shivakumar asking him to appear before its New Delhi office on October 7 in connection with a money laundering case.

"You (D.K. Shivakumar) are once again directed to yourself before me at my office for recording your statement on Oct 7, as per summons dated Sept 23," read the notice issued by Kuldeep Singh, Assistant Director of ED. 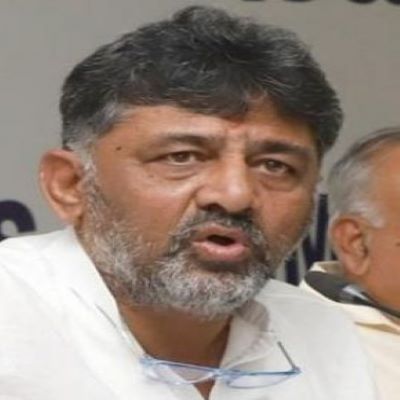 The notice says summons have been issued under Section 50 of the Prevention of Money Laundering Act, 2002. Shivakumar had earlier stated that he would not hesitate to attend any inquiry by the central agency.

Shivakumar's brother MP D.K. Suresh has also been called for the inquiry. Both Shivakumar and Suresh had written had earlier written a letter seeking time for appearance against the backdrop of the Bharat Jodo Yatra.

The state Congress president has stated that he would take a call on appearance before the ED after discussing the matter with party leaders.

On an earlier occasion, Shivakumar didn't take the immunity from appearing before the ED as the Assembly session was underway. He had stated that he would prefer to appear before the ED as he had not done anything.

Shivakumar has taken up the responsibility of organising the Bharat Jodo Yatra in Karnataka and has been putting an all-out effort to impress upon the high command.

He has been vying with Opposition leader Siddaramaiah for the post of CM in case of Congress party's victory in the Assembly elections of Karnataka. The internal survey has indicated that the party would attain a simple majority in the state.

Bharat Jodo Yatra is passing through Mandya and Tumakuru districts of south Karnataka. Vokkaliga community is dominant in these regions including the Mysuru district where padayatra is completed.

Shivakumar hailing from Vokkaliga community, is projecting himself as the CM candidate from the community and asking for absolute support. The ED notice is said to be a setback for him and his ambition.

Congress insiders say that through the ED, the central government is trying to play a spoil sport with the Bharat Jodo Yatra which has evoked a good response from the people. Shivakumar's supporters claim that the harassment in the pretext of inquiry by the ED is being observed by the community and it will only bring more support to Shivakumar.