Bantwal: Boy goes to pick up parcel from shop, gets sexually assaulted

Bantwal, Oct 6: A minor schoolboy was subjected to sexual assault that was reported from the sensitive area of Kalladka.

The accused is identified as Mohammed Ashraf who sexually assaulted a boy who had come to take home a chicken parcel who warned the boy and threatened him of killing him if he reported this to his family members. 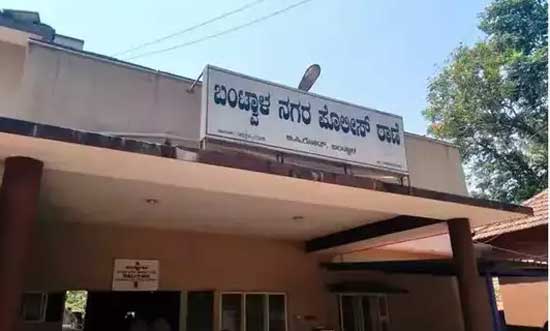 The victim visited the shop on the Vittal-Kalladka road near the checkpoint at around 8 pm on Wednesday when the incident occurred. When the boy asked for a parcel, the accused asked him to pick up a plastic carry bag that was lying inside the shop and get inside the shop. When the boy went to get the carry bag, the accused came from behind, lifted him and took the boy away to a farm nearby and sexually assaulted him, it is alleged.

The accused who assaulted the boy, tried to repeat the act two months later. When the boy protested, he was assaulted.

On October 4, the minor boy stepped out of his home to buy milk from a shop nearby in Kalladka market. On his return, the accused forced the boy to come closer and when the boy refused, he was assaulted.

The boy escaped from the clutches of the accused and reached home. He reported the matter to his family members. A complaint has been filed in Bantwal police station in this regard.

Title: Bantwal: Boy goes to pick up parcel from shop, gets sexually assaulted