No justice yet for Lakhimpur Kheri farmers, says Tikait

Lakhimpur Kheri (UP), Oct 3 (IANS): Bhartiya Kisan Union (BKU) leader Rakesh Tikait said that the families of those who died in the Lakhimpur Kheri violence last year are yet to get justice.

He said the nation will never forget the violence that took place in Tikunia village on this day last year and claimed eight lives, and despite assurances, the government had not ensured justice for the farmers. 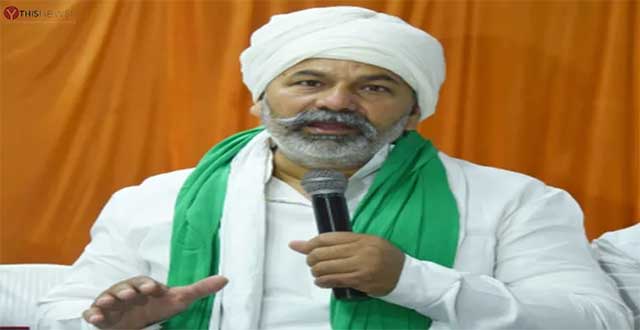 On October 3 last year, farmers were staging a protest in Tikunia village against a visit of Deputy Chief Minister Keshav Prasad Maurya when four of them were crushed under the wheels of a convoy of cars. In the subsequent violence, four others including two BJP workers and a journalist were killed.

"It was a week of peace. The violence that broke out claimed the lives of eight people. It was unfortunate," Tikait said.

The BKU leader blamed the state government for the delay in justice.

"The ruling dispensation neither believes in the legal system nor the Constitution and misused its power," he alleged.

Asked about the future course of action, Tikait said: "People can only raise their voices and the rest is up to the government."

Title: No justice yet for Lakhimpur Kheri farmers, says Tikait