After shooting itself in foot in 2017, Goa Cong continues to suffer

Panaji, Oct 2 (IANS): It proved to be a major setback for the Congress in Goa which despite having numbers failed to form government after the 2017 Assembly poll results, as the party continues to suffer till now.

Despite being the largest party in the 2017 Goa Assembly election with 17 MLAs in 40-member House, with its former chief ministers Pratapsingh Rane, Ravi Naik, Luizinho Faleiro and Digamabar Kamat getting elected then, Congress couldn't form the government. 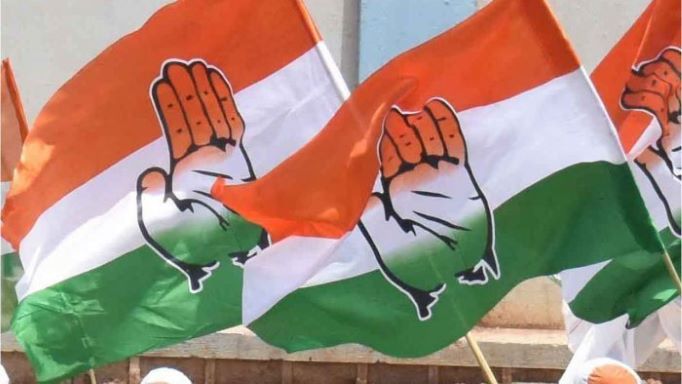 By the time Congress was deciding whom to pick for the chief minister's post from the seniors list, BJP having just 13 seats outplayed the Congress to form the government by seeking support of Goa Forward Party, Maharashtrawadi Gomantak Party and independents and completed the term with full strength by breaking away even Congress MLAs, later.

Interestingly, Ravi Naik and Digambar Kamat, two former chief ministers and senior leaders, are now working under Chief Minister Pramod Sawant, who is very junior to them. Naik is Agriculture Minister, while Kamat is not yet given any post in BJP-led government, though there is a buzz in political circle that he would get birth in Cabinet.

"We are suffering till today as our seniors who fought to become chief minister delayed formation of government in 2017. Thus BJP got a chance and they formed a government. Had we formed the government then, BJP would have remained in opposition even this term," Congress leader on anonymity told IANS.

"What is more disturbing is the leaving of youth leader like Sankalp Amonkar and joining BJP. He was a staunch Congressman and had raised voice against BJP," he further said.

In the last term of the BJP government, in March 2017 then Congress MLA Vishwajit Rane resigned from the party as well as an MLA and had joined BJP. He won the bye-election then and became a minister in the BJP government. Then Congress MLA Ravi Naik's son Roy Naik had contested against Rane on Congress ticket. However, before the February 2022 assembly election, Ravi Naik too joined BJP and got elected from Ponda constituency.

Switching sides didn't stop here, but on July 10, 2019, Congress faced a third setback after 10 more MLAs along with Leader of Opposition Chandrakant Kavalekar switched over to BJP. However, Kavalekar along with other six defected MLAs lost the Assembly election held in February 2022 election.

Yuri Alemao, Altone D'Costa and Carlos Alvares Ferreira are the three MLAs, who didn't leave with a flock of eight. Now Yuri Alemao has been recognised as Leader of the Opposition.

Interestingly, to fail the attempts of defection, Congress had made a group of MLA Yuri Alemao, MLA Altone D'Costa, MLA Carlos Alvares Ferreira and Rudolf Fernandes, which was headed by Sankalp Amonkar. Whenever there was an attempt to achieve two-third majority (eight MLAs), this group of five was sent out of the state. However, it didn't work out and along with Amonkar, Rudolf Fernandes also joined the BJP.

According to Amonkar, tickets were not given to party loyalists, but to businessmen.

"Party president had gone to Bangaluru and a deal of crores of rupees had taken place there. Only then Amit Patkar's name was announced as state president. The one who joined Congress six months before the election had been given the post of party president," Amonkar has said.

Though all these allegations by Sankalp Amonkar have been rejected by Congress, the anger among workers and loyalists remains that the new entrants were given tickets and posts, depriving loyal workers.

Though in opposition at Centre and also in the state, Congress unit in Goa has not so far shown its ability to counter the government over the burning issues. Political activities of Congress have reduced in the past few months and the leaders are only seen addressing press conferences either to reject allegations or for some other reasons.

Due to events of Congress MLAs joining BJP, the non-BJP voters seem disappointed, hence the grand old party will have to start its work to persuade them and will have to win the trust again.

Even the party workers are disappointed over the attitudes of senior leaders for not answering their phone calls. This has become the situation of Congress in Goa, which they will have to tackle to survive in the coastal state.

"Goa and Goans are facing tough challenges on various fronts. Our environment, heritage and identity are at stake. Unemployment rate is at an all-time high with the government clueless on creating employment opportunities. My first task will be to initiate a people's movement against the anti-people policies of the government," Leader of Opposition Yuri Alemao has said.

Goa Pradesh Congress Committee President Amit Patkar struck a confident note in a conversation with IANS. He said the party is set to revive itself soon. "We will come up with strategies and plans. It is a new team now. We all will go and meet the people again and we will win their trust," Patkar declared, adding that there is no infighting in the party anymore.

Title: After shooting itself in foot in 2017, Goa Cong continues to suffer