Mangaluru, Sep 27: A youth staged a solo protest at Nanthoor circle over potholes on national Highway 75 here on Wednesday September 28.

It may be recalled that Likith Rai had staged a solo protest in front of Mangaluru City Corporation office seeking justice for Aatish who lost his life while trying to evade a pothole on the road near Bikarnakatte-Kandettu cross on August 5. 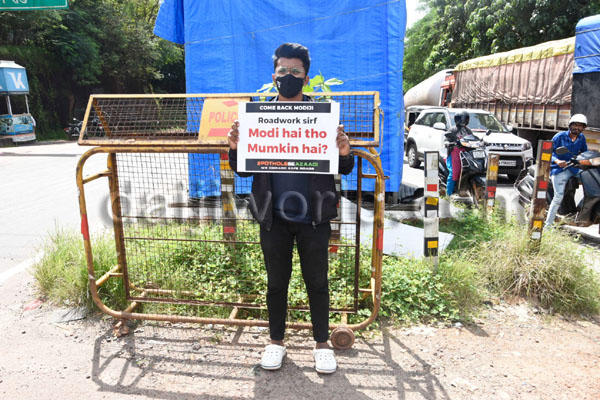 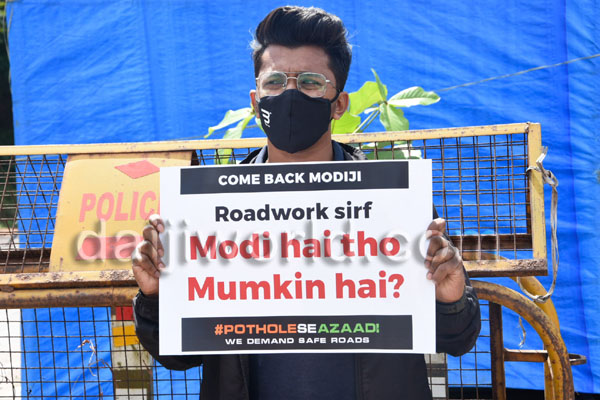 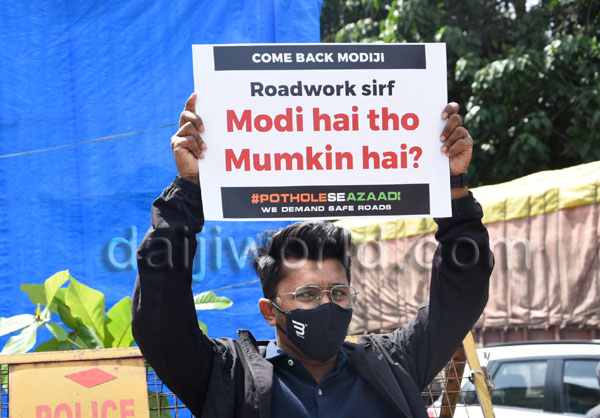 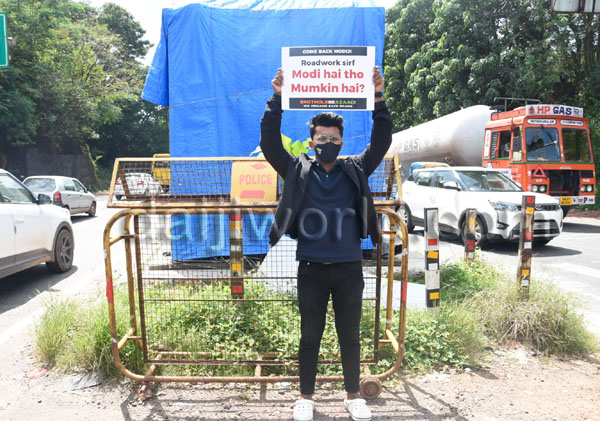 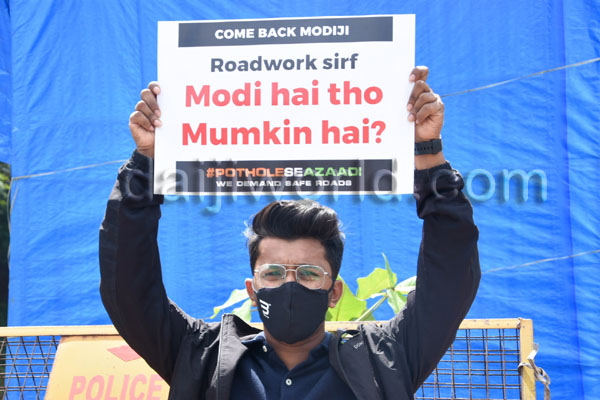 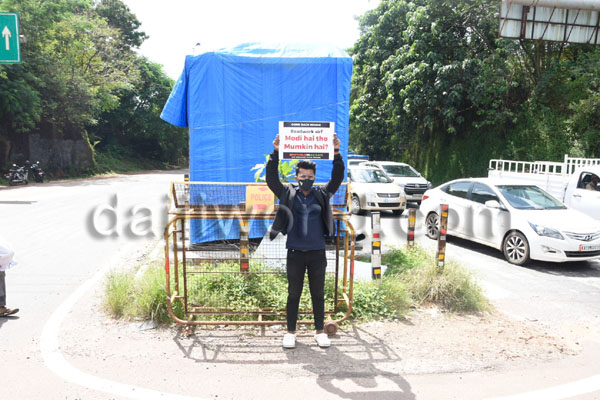 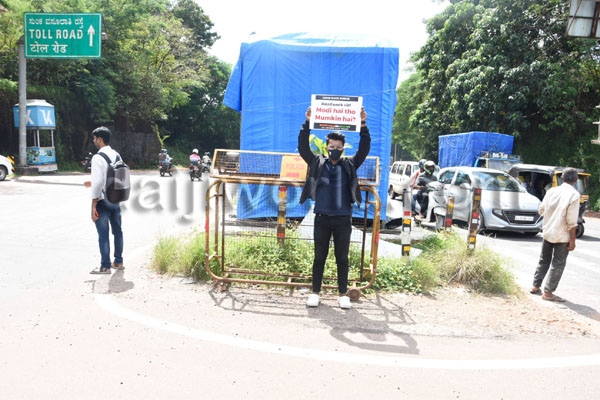 Later, speaking to media he said, “Several accidents are taking place on the national highway. Political representatives are not bothered about it. We are demanding them to only provide good roads for the commuters."

He also said that the roads of the city were asphalted while Prime Minister Narendra Modi arrived in the city recently.

"Narendra Modi should travel by roadway from Sakleshpur to Mangaluru. Then he will realize the real pathetic situation of the national highway roads," Likith said.

He also said that when Modi arrived in the city, local representatives fooled the Prime Minister by only asphalting the road on which he travelled.

"I do not have any grudge against anyone, but I am striving to save the lives of people," he said.

"As we are paying road tax, we demand the government to provide proper roads for the public," he said.

He also said that there are no proper street lights on the national highways.