Left to fend for herself, 75-year-old mother of 11 seeks euthanasia in Haveri

Haveri, Sep 23 (IANS): A 75-year-old woman on Friday filed a petition for mercy killing before the President through the district administration on grounds of extreme physical and psychological suffering.

According to district authorities, Puttavva Hanumantappa Kottura, a resident of Ranganathanagar near Ranebennur town, owned 30 acres of land. She also had seven residential houses and flats. Sadly, she has filed for euthanasia despite having 11 children. 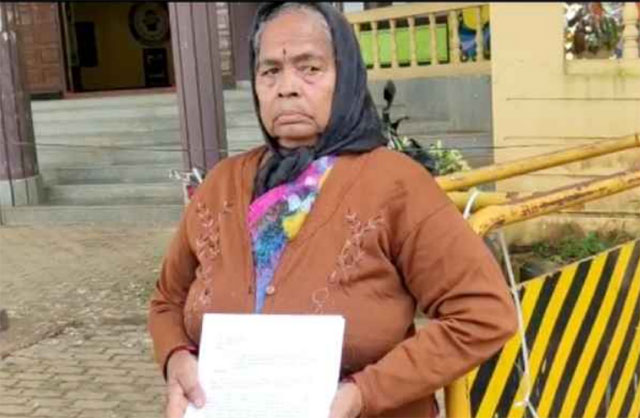 In her petition, the elderly woman has mentioned that though she has given birth to seven sons and four daughters, none of them are willing to take care of her at this age. Puttavva claimed that it is becoming very difficult for her to lead a life with ailments.

She was spotted on the steps of Haveri District Commissioners' Office sitting alone and weeping.

Later, she submitted the petition for mercy killing before the District Commissioner Sanjaya Shettannavara.

Title: Left to fend for herself, 75-year-old mother of 11 seeks euthanasia in Haveri