Bantwal, Sep 20: A woman filed a complaint at city police station here against indecent behaviour of KSRTC bus conductor on Mangaluru-B C Road route on the issue of change. 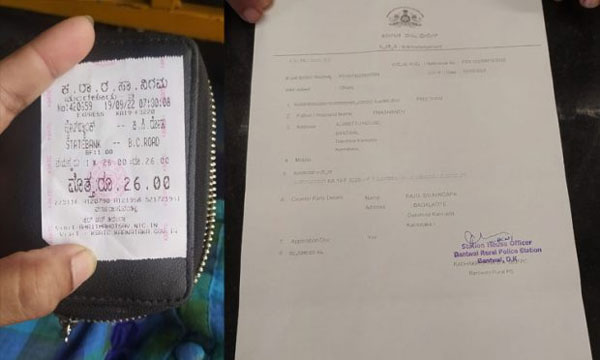