The top 4 contestants of Bigg Boss OTT Roopesh Shetty, Saniya Iyer, Rakesh Adiga, and Aryavardhan bagged the ticket to Bigg Boss Kannada season 9 which is set to premiere from September 24.

Roopesh Shetty took away a cash prize of Rs 5 lac. 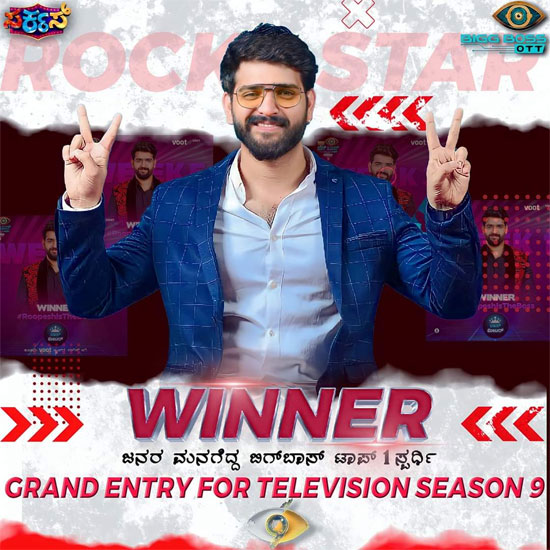 The victory has boosted his confidence to enter into the new season of Bigg Boss. He thanked all his supporters and friends for his victory.

Roopesh has acted in blockbuster Tulu movie ‘Girgit’ and his upcoming Tulu movie is titled ‘Circus’. He also acted in a few Kannada movies as well.