Islamabad, Jan 25 (IANS): Pakistan Foreign Minister Shah Mahmood Qureshi has urged the new administration of the US under President Joe Biden to engage with a changed Pakistan and India, stating that a lot has changed in the past four years.

"India has changed. Is it the same shining and secular India? No," he said.

"Voices from within India are confirming that it is not a secular state anymore. It is a new face of Hindutva, a new practical demonstration of the thinking of the RSS. Minorities in India are finding themselves to be insecure," he added. 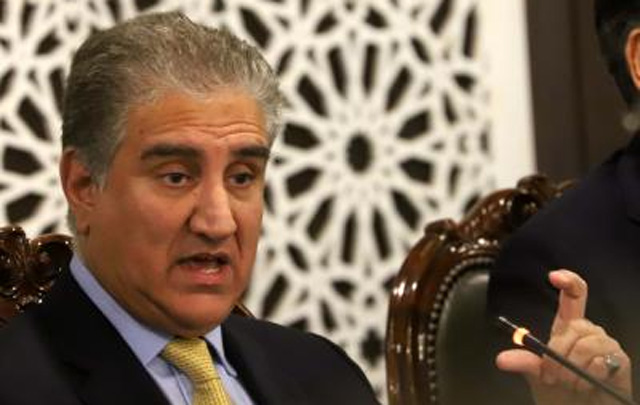 Qureshi said that Pakistan, under the leadership of Prime Minister Imran Khan, hopes to engage with the new US administration with a "new approach and new guidelines".

Qureshi reminded that he has written a letter to the incoming US Secretary of State Anthony Blinken and had updated him about Pakistan's progression and trajectory of its current policies for the future.

"We have made a very big shift, from a geo-strategic position to a geo-economic position," said the Foreign Minister.

It is pertinent to mention here that Pakistan holds one of the key positions in the ongoing intra-Afghan dialogue between the Taliban and the Afghan government, which have entered into the second phase.

Pakistan's role also remains relevant in the overall Afghan peace and reconciliation process as key heads of the previous US administration and the heads of the Taliban negotiation teams have visited Islamabad to discuss the way forward towards Afghan peace.

Pakistan has maintained that peace in Afghanistan is directly linked to peace in Pakistan. However, it has repeatedly stated that the US's desire for India's increased presence and influence in Afghanistan, concerns Islamabad seriously.

Pakistan has also maintained that India has been engaging with terror elements in Afghanistan to support, fund and facilitate them in spreading unrest in its Balochistan province, where it urges that separatist groups like the banned outfit Baloch Liberation Army (BLA) were engaged in targeting civilians and the Pakistani security forces in targeted terrorist attacks.

The US intervention in easing town tensions between India and Pakistan over the Kashmir dispute has been one of the demands Islamabad has been trying for during Trump's administration tenure also.

It seems that with the new US administration in office, Pakistan plans on reiterating its demand for US intervention again.