Beltangady, Oct 12: "The state government is contemplating the execution of various plans to improve the fisheries input. Currently, Karnataka is ranked ninth in the state as far as inland fisheries are concerned. We have planned to execute special plans to develop inland fisheries in the 120-km long seashore and also interior places and has set itself the target of reaching No 1 spot," said fisheries and district in-charge minister, Kota Srinivas Poojary.

He spoke at the Pravachana Mantap, Dharmasthala after inaugurating the new aquarium installed at Lalitodyana Park of Dharmasthala on Sunday October 11.

The minister said that the state ranks fourth in the country as far as sea fishing is concerned. He said that out of Rs 20,000 crore earmarked by the prime minister, Narendra Modi, under the 'Atma Nirbhar' concept, Karnataka will get Rs 3,500 crore. He stated that the money will be spent for inland fishing and production of decorative fishes in an attempt to catapult the state to the top position in three years. He noted that Singapore, a tiny country, has been exporting fish costing 40 to 50 million dollars a year whereas India's contribution is one percent of the global output. He stated that the government will think about providing training to young people in producing decorative fish in order to make fishing profitable employment. 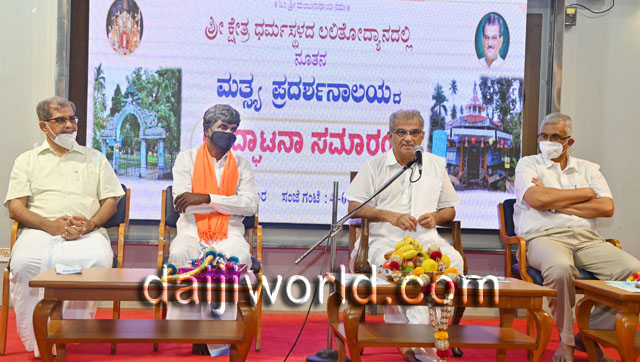 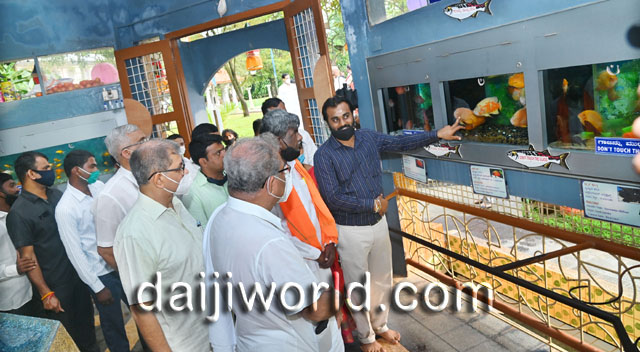 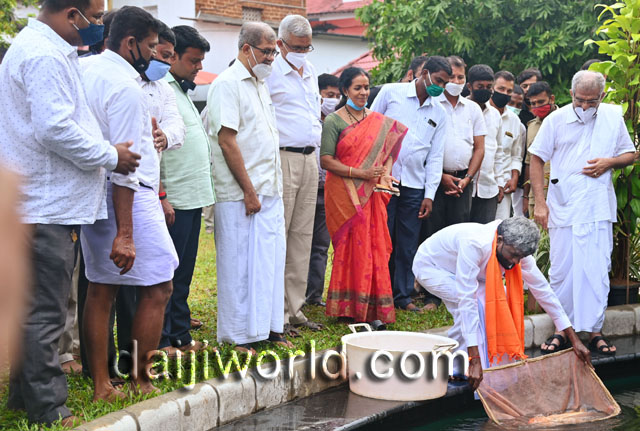 The minister informed that a scheme to produce fingerlings for sea fishing has been introduced at Mulky, duly recalling that in the past, the fingerlings were brought from Kerala and Goa. He said that sea fishing will be given a new dimension and thrust towards reducing transportation costs.

Dharmasthala Dharmadhikari, Dr D Verendra Heggade, requested the minister to set up aquariums at various places to develop it into a favourite hobby among the people. He said that within three months, a museum for ancient statues would be established at Dharmasthala. On this occasion, Dr Heggade felicitated Chetan Bengaluru and Pradeep Bengaluru who have been providing special fish and food for the aquarium and Hamza, who has been tending to the fish.