Mangaluru, Jul 16: “If a tree is saved even at the cost of one’s head, it’s worth it” said Amrita Devi Bishnoi, a noted activist.

Vanamahotsava was started by Kanaiyalal Maneklal Munshi in the year 1950 by planting a tree at Rajghat, Delhi.

The finale of LCS Vanamahotsava - 2020 was celebrated at Lourdes Central School on July 11 with the staff members. The programme started with a prayer led by Rohan Sequeira followed by a prayer song. A song composed by Ivan Mascarenhas on 'Plant a Tree and Save the Earth’ was sung.'

Praveen Pinto highlighted the importance of Vanamahotsava in Kannada and encouraged everyone to take care of the environment, respect natural resources and protect humanity. 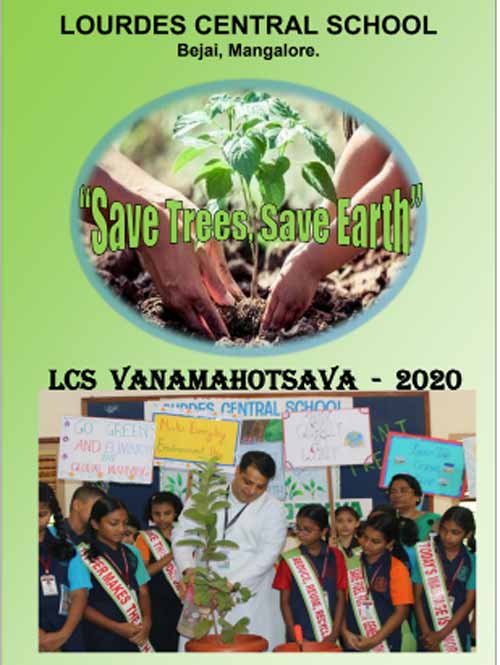 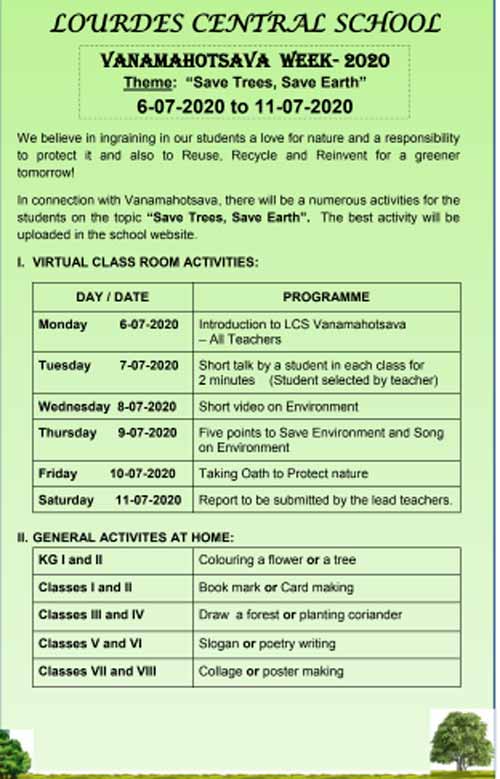 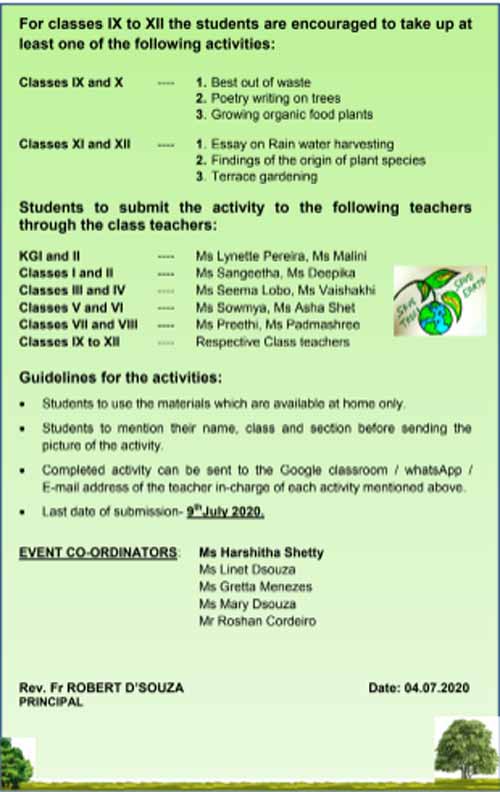 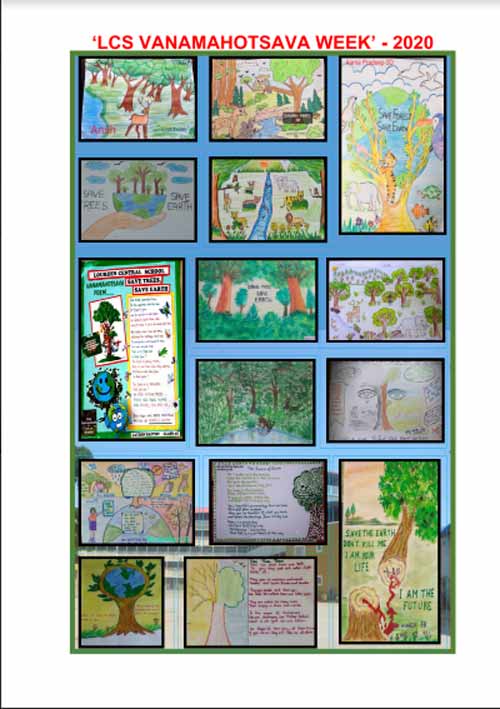 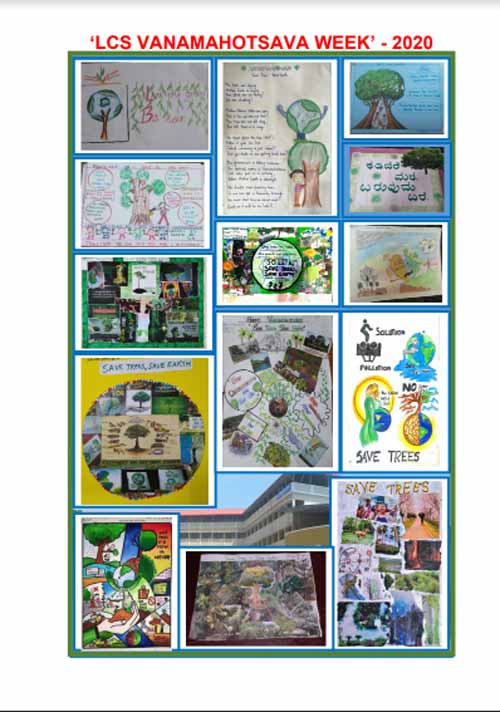 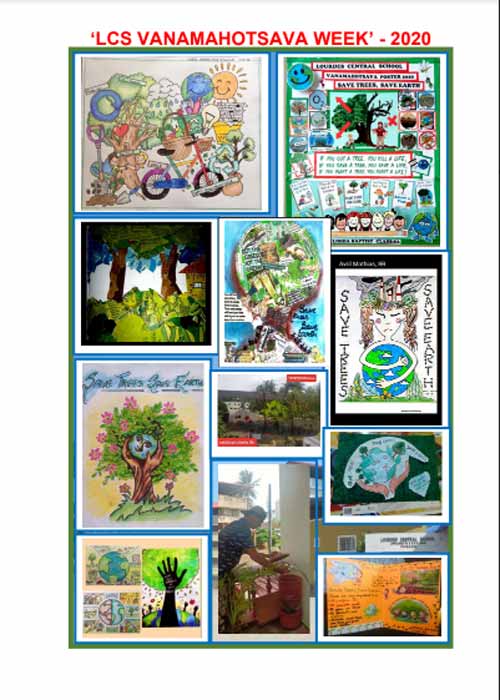 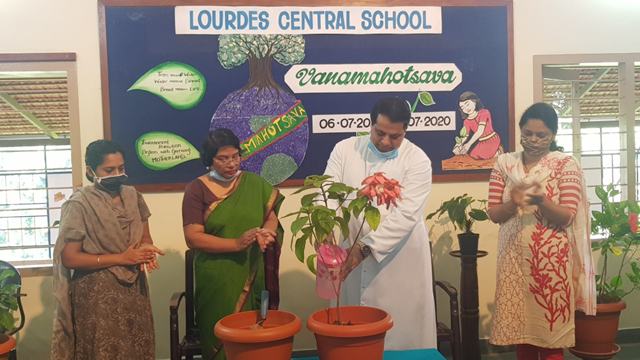 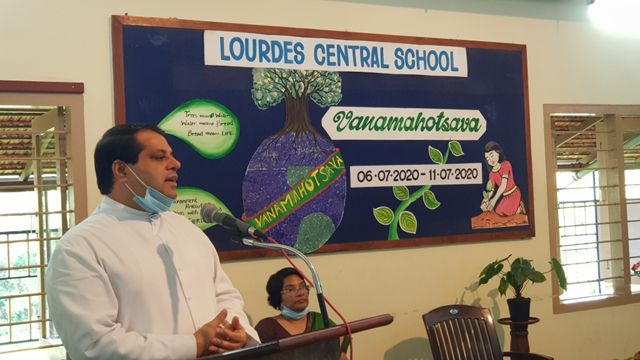 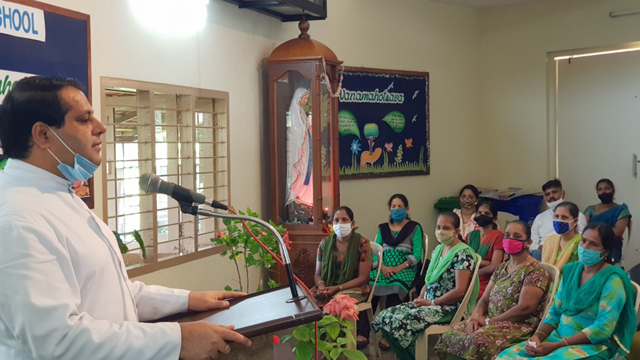 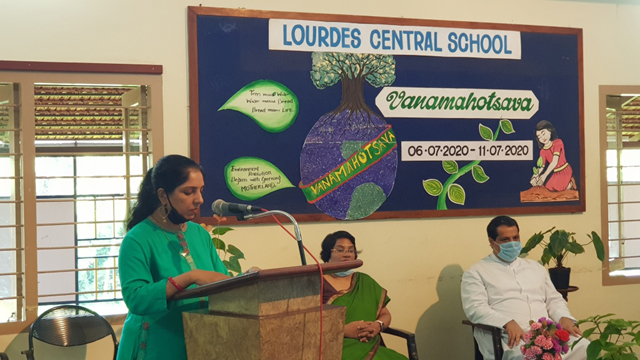 Belita Mascarenhas, the vice principal briefed about the importance of the day -Laudatosi (Praise Be to You) the second encyclical of Pope Francis which invites us to be environment friendly. She said that Pope Francis asks us to build a world where every aspect of our life gives glory to God. We must take care of the environment because we care for all that God has created. The Earth is a gift for all to be cared by all.

Fr Robert D’Souza, principal of Lourdes Central School enlightened the immense importance of plants and trees in our life. He stated that we are fully dependent on them as they can survive without us but we cannot survive without plants. Hence it is our bounden duty to nurture nature. As the principal is a true environmentalist, he loves nature and greenery is part of LCS. He expressed that he misses the students’ smiling faces which are like flower plants which needs care and love. He thanked the students and parents for planting saplings at home and keeping Vanamahotsava active in their homes.

The words of gratitude were spoken by Leena Sequeira. The programme was compeered by Saira Pinto. For the finale each staff member planted a sapling in the school campus to live the moment of Vanamahotsava throughout.

As a part of virtual class room activities introduction of Vanamahotsava was held on Monday, July 6 followed by talk of the students on the importance of the day in each virtual class. Motivational videos on environment were shown to the students during the week. Various aspects to encourage children to save environment and a song composed by Ivan Mascarenhas, the music teacher on environment protection was taught.

For the finale, ‘A Plantation Drive’ was organised in the school campus with the staff present and oath to protect nature was taken by all the students and staff through virtual classes.

General activities at home were also given to the students. As part of this classwise competition colouring a flower or tree, book mark and card making, drawing a forest, growing coriander, mint (pudina) plants, slogan writing, poetry writing, collage, poster making and growing organic gardens were organised. E–Certificates were awarded to the students with the best activities. Students were also guided to grow organic plants in their terrace and balcony gardens. Essay competition was organised on 'Rain Water Harvesting' and students were encouraged to find out the origin of plant species.

Along with the staff of Lourdes Central School, Harshitha Shetty as the co-ordinator and Linet D’Souza, Gretta Menezes, Mary D’Souza and Roshan organised the LCS Vanamahotsava meaningfully.

All the activities enhanced the concept of Vanamahotsava in the students and helped each one to be an ambassador for a greener environment.