Doha, Mar 9: According to a communication from the competent authority of the government of Qatar, people from 14 nations will not be allowed to enter the country. This rule is in implementation since March 9 till further notice.

The government has taken this measure as a precaution against the fast spreading coronavirus epidemic throughout the globe. The countries, people of which are banned from entering the Gulf nation, are India, Pakistan, Sri Lanka, Thailand, Syria, Nepal, Iran, Iraq, Egypt, China, Philippines, Bangladesh, Lebanon and South Korea. 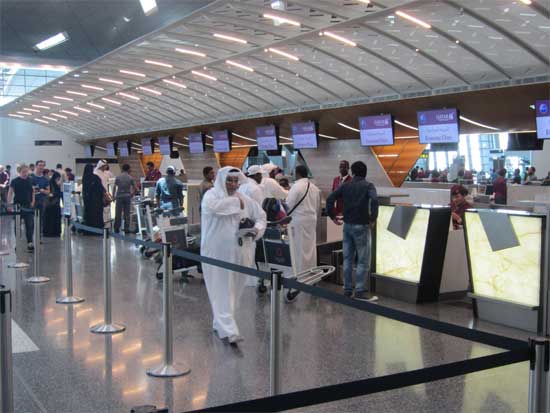 The ban is in place for all the visitors including those who hold work permit in Qatar, temporary visitors and people of countries who are eligible to get visa on arrival. The government has also urged all the people residing in the country and its citizens to avoid travelling to other countries as far as possible at this time.

The order of the authority of the government says that this will be reviewed after the health department of the country gives guidance for any further changes orremoval of the ban. Till then the restriction of entry for people of the mentioned 14 countries will be in place.