Dubai, Oct 21: Bollywood actress Varsha Usgaonkar, Goa’s well known star Prince Jacob who is also one of the producers along with producers Stany Alvares, Dolphie Rebello, and director Harry Fernandes, and other artistes of the film, will grace the much awaited grand premiere of Konkani movie ‘Benddkar’ on October 25 at Novo Cinemas, Ibn Batuta Mall at 12.30 pm.

A group of brass band real ‘Benddkars’ playing live on the stage erected at Ibn Batuta Mall in front of the cinemas will be a special attraction which will add colours to the red carpet welcome and inauguration ceremony. This will be a first-of-its-kind event to be witnessed by more than 1,000 Konkani movie fans in this part of the world. 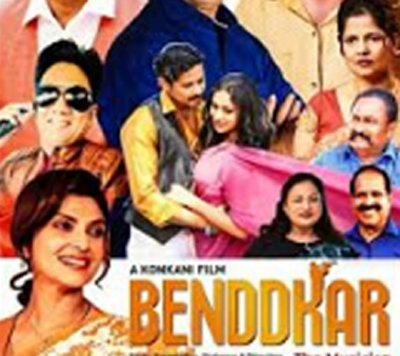 Fr Darick Paul D’Souza, priest of St Joseph Church, Abu Dhabi, will bless the event during inaugural function which will also be graced by well-known community members of Mangaluru and Goa in Dubai and special guests arriving from India and abroad.

For the first time in the history of Konkani movies, ‘Benddkar’, which is made in both Mangalurean as well as Goan dialect, will be screened separately in different theaters. Many shows have been booked in other Emirates as well. The shows in Abu Dhabi and Sharjah will be on November 1 at 1.30 pm.

‘Benddkar’ will also be screened in other parts of the world including GCC Countries, the details of which will soon be announced by the producers. 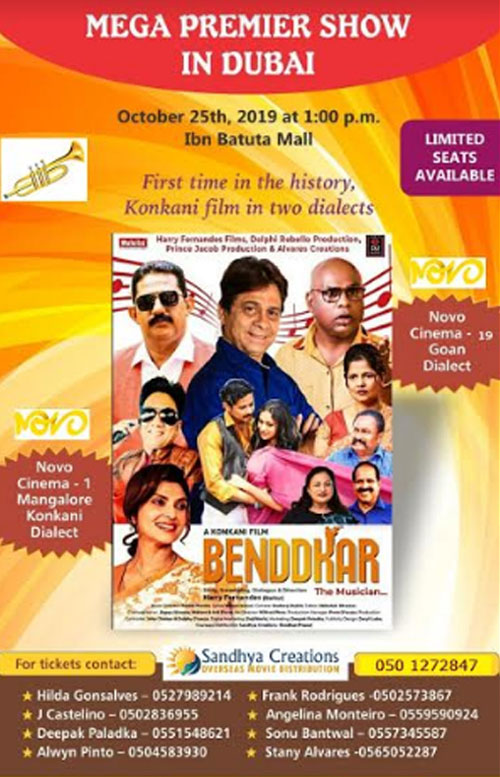 Story, screenplay, dialogues and direction of ‘Benddkar’ is by Harry Fernandes whose dream is to give importance to and highlight those ‘Benddkars’ whom the current generation has completely forgotten with the invasion of modern days DJs. He has plans to share a percentage of the profit from the screening of ‘Benddkar’ to the distressed families of ‘Benddkars’.

For movie bookings in any part of the world, one can contact: