Mangaluru, Nov. 22: DMICDC Logistics Data Services launched container tracking service at the New Mangalore Port Trust here, which is meant to streamline the container operations at this all-weather port in Karnataka which is also one of the busiest in India on the west coast.

Logistics Data Bank (LDB), the single window container tracking solution aimed at improving operations in Indian container logistics, began its services at the ports of Chennai, Visakhapatnam and Krishnapatnam in India’s south-eastern corridor from November 1 this year. On November 16, it expanded its operations to Cochin Port Trust. 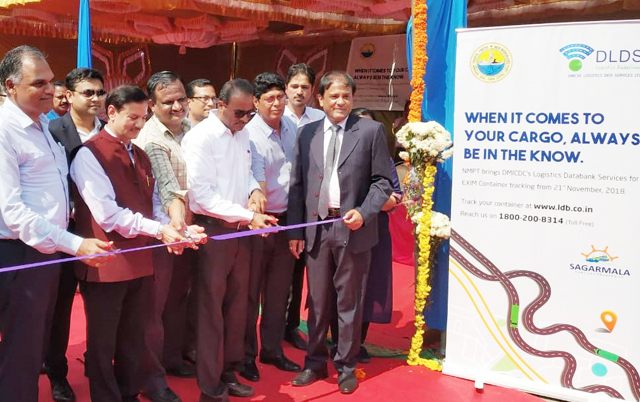 With the present inclusion of New Mangalore Port Trust, LDB’s ICT-based services have become operational across eight ports of the country at 16 port terminals.

“We are in the process of launching LDB operations at all the major ports in the country to completely overhaul container shipment operations through advanced ICT technologies. New Mangalore Port Trust is the seventh largest port in the country. The introduction of state of the art LDB will bring in greater efficiency and transparency in exporting and importing shipment of goods,” said Alkesh Sharma said, chief executive officer and managing director, DMICDC.

LDB, which currently handles 70 per cent of India’s container volume, commenced its operations in the western corridor, at the Jawaharlal Nehru Port Trust (JNPT), and later extended it to Hazira and Mundra ports of Adani Ports and Special Economic Zone (APSEZ). LDB, the single window interface, has already crossed the milestone of tracking 11 million EXIM containers in the country.

LDB’s container tracking solution, which has hugely benefited various stakeholders in the supply chain operations, has considerably reduced the port dwell time and overall transportation time for export and import of shipments.