Mangaluru, Apr 25: Hundreds of cine lovers from Mangaluru and outskirts turned up for the maiden International Film festival (NIFF) organised by Nitte University on Monday, April 24.

The film festival was declared open by the eminent guests by flipping the 'clapboard' which is an important property in every film production. 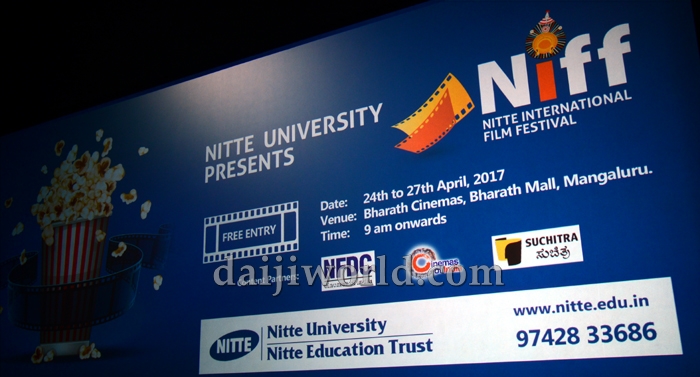 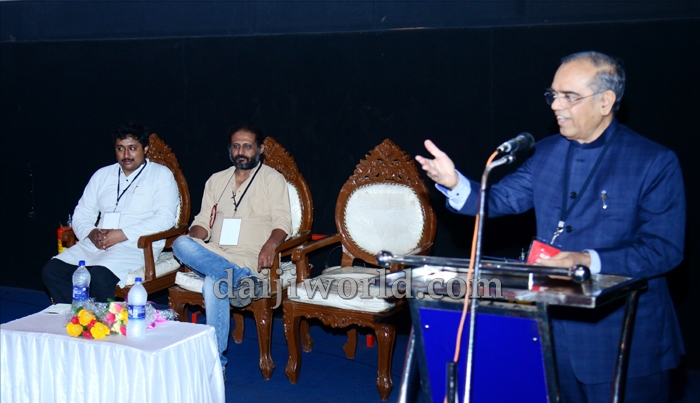 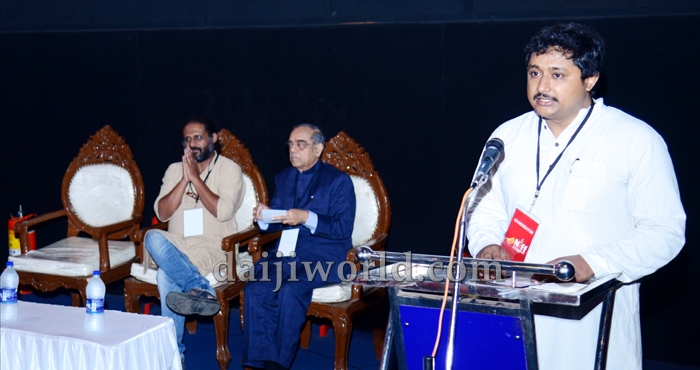 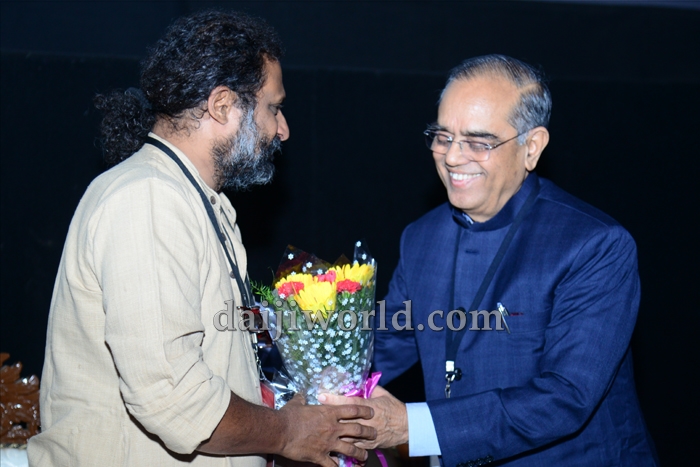 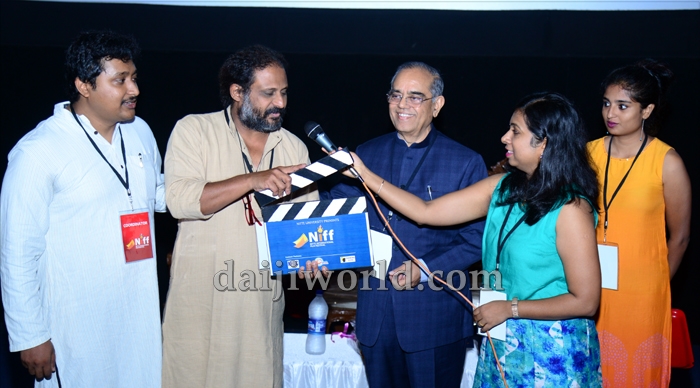 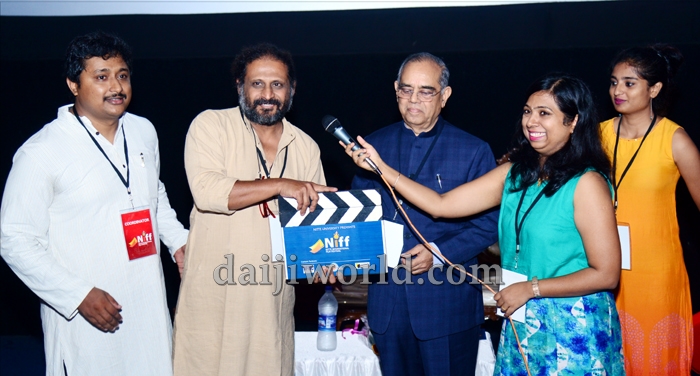 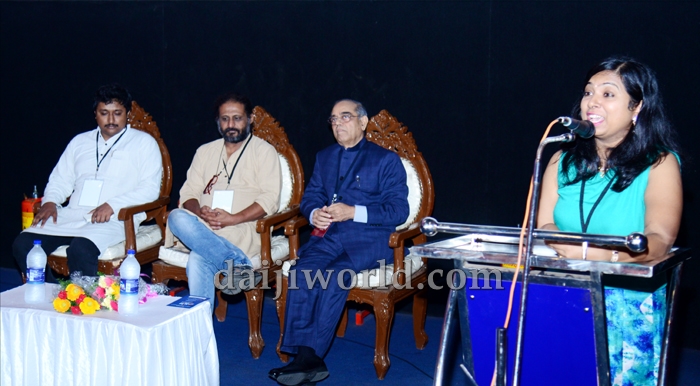 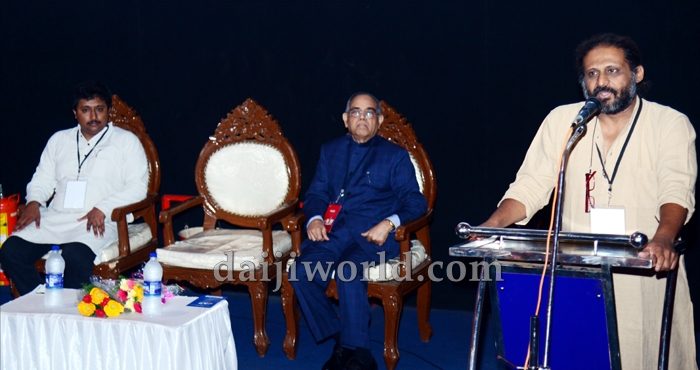 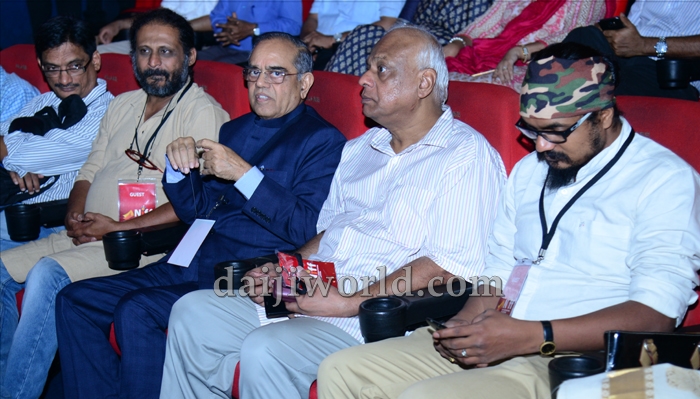 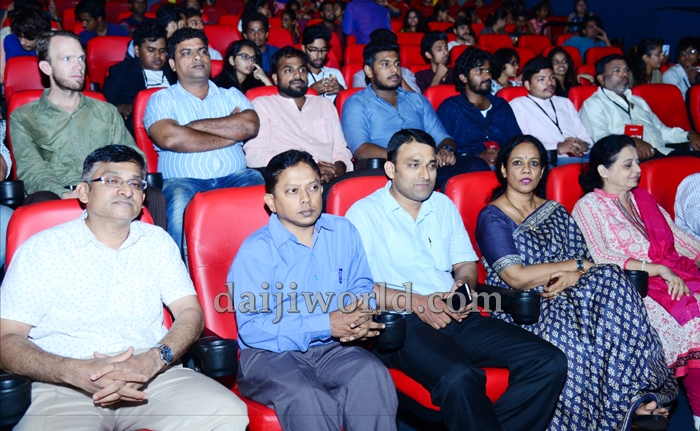 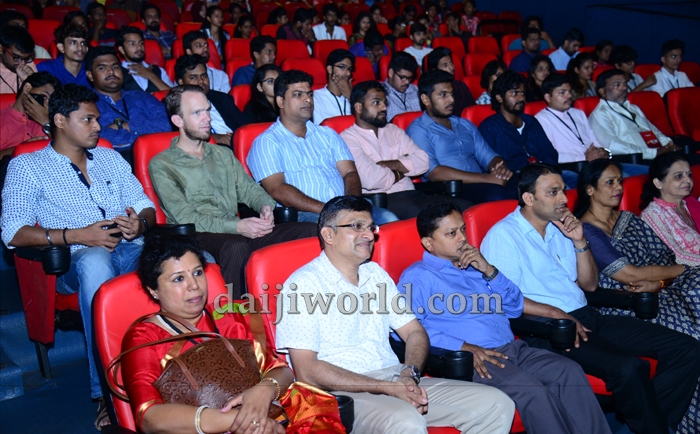 Addressing the delegates and the guests, Sunil Sukhtankar expressed that film festivals are platforms for film makers as well as artistes to bring out their efforts on screen before the audience and the critics.

"Usually the audience hunt for a good movie and the film makers wait for an opportunity to show their work to the public. Film Festivals like this serve both the purpose thus satisfying the film maker and viewer. It was through my short films I ventured into the craft of film making and today I am able to speak about the society or convey my ideas and thoughts through this effective medium," he said.

He also congratulated the Nitte Institute of Communication (NICO) and Nitte University on successfully uniting the viewer and film maker under one roof.

Expressing pride over being a resident of Mangaluru which has given birth to prominent personalities, Dr M Shantharam Shetty said that Nitte University feels proud to organise its maiden International Film festival here in Mangaluru.

"Films have always been a part of our memories from making us laugh to shedding tears. Not just limiting itself as a medium of entertainment, cinema has also been an effective medium to spread awareness and be a voice of the society. We are happy to screen award winning and critically acclaimed movies from all over the world at this film festival," he expressed.

First day saw the screening of 'Unto the Dusk' (Malayalam), 'The Violin Player' (Bengali), 'Visaranai' (Tamil), 'Amdavad ma Famous' (Gujurati), 'Haal-e-Kangal' and 'Masaan' (Hindi), 'Quissa' (Punjabi) and Kannada films including 'Zero Made in India', 'Kendasampige', 'Harikatha Prasanga' and 'Harivu'. It also saw the screening of international films such as 'Soegija' (Indonesia) and 'Red Butterfly' (Sri Lanka).