London, Aug 17 (IANS): The incidence of reinfection from the Omicron variant of Covid-19 is more common than previously thought, according to a study in Iceland.

Reinfection is defined as a positive PCR test for SARS-CoV-2a-60 or more days from a previous positive test.

The study, published in JAMA Network Open, surprisingly showed that two or more doses of vaccine were associated with a slightly higher probability of reinfection compared with 1 dose or less. 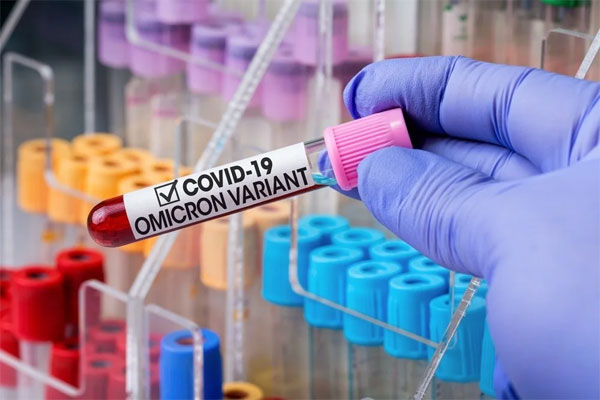 However, the "finding should be interpreted with caution because of limitations of our study, which include the inability to adjust for the complex relationships among prior infection, vaccine eligibility, and underlying conditions," Elias Eythorsson, from Landspitali-The National University Hospital of Iceland wrote in the paper.

For the study, the team analysed 11,536 PCR-positive persons. Reinfection was observed among 1,327 persons (11.5 per cent) during the Omicron period.

While reinfections among older individuals were fewer, the rate was highest (475 of 3,136 individuals [15.1 per cent]) among those aged 18 to 29 years, the researchers said.

The probability of reinfection also increased with time from the initial infection and was higher among persons who had received two or more doses compared to one dose of vaccine or less, they noted.

"Longer time from initial infection was associated with a higher probability of reinfection, although the difference was smaller than expected," Eythorsson said.

"Our results suggest that reinfection is more common than previously thought. Now the key question is whether infection with the Omicron variant will produce better protection against Omicron reinfection, compared with other variants," Eythorsson added.

Omicron, which was first identified by South African researchers in November last year, is known to evade immunity induced both by vaccine and prior infections, making reinfections more common.

The relative protection of prior infection against reinfection with Omicron is known to be 56 per cent compared with 92 per cent for the Delta variant.