Mangaluru, Sep 28: Third additional civil court of the city, which is conducting inquiry on several petitions with regard to the renovation of Malali mosque, will pronounce its verdict on October 17.

It may be recalled, remnants of a structure resembling temple were reportedly unearthed at the Malali Market Mosque, falling under Ganjimath gram panchayat limits. That has caused curiosity among the locals and other people. 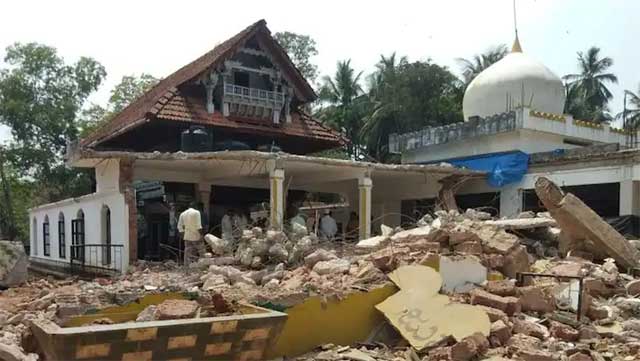 The mosque’s renovation work was in progress since some days. Some part of the mosque was already demolished. Around mid-day on Thursday April 21, public could see the remains of a temple. This matter went viral within no time and scores of people, Hindu organizations rushed to the spot. However, police prevented any untoward incident.