New York, Aug 12 (IANS): Controversial author Salman Rushdie, whose fourth book 'The Satanic Verses' brought him to notoriety in 1988 and led to death threats against him for blasphemy, was stabbed while participating in an event in New York state, media reports said.

He was flown to a hospital after purportedly being stabbed in the neck, according to a New York State Police statement, the BBC reported, but there was no update on his health condition. 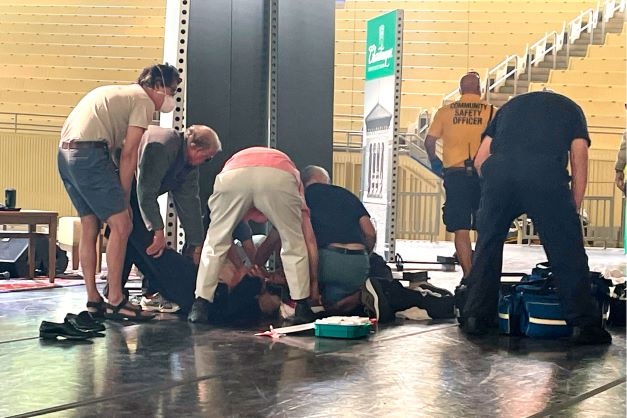 India-born Rushdie, 75, was speaking at an event of the Chautauqua Institution when a man ran onto the stage and appeared to have punched or stabbed him and his interlocutor, the BBC reported citing eyewitnesses.

According to reports, amid gasps of horror from the audience, a few people ran onstage and managed to restrain the assailant, while others rushed to the aid of the author who had collapsed on the stage.

The assailant has been arrested.

"A State Trooper assigned to the event immediately took the suspect into custody. The Chautauqua County Sheriff's Office assisted at the scene," the police said.