Kundapur: One arrested for illegally stocking over 2,000 kilos of ration rice

Acting on a definite tip off, the food inspector and police went to the house of Munaf on Tallur Neralakatte road at Parthikatte of Tallur village on August 4. They saw an auto rickshaw parked in front of the house. They saw two bags of 50 kg each of rice meant for Anna Bhagya scheme and a Rs 3,000 worth electronic weighing machine. Later, when the cops and food inspector checked the house, they found 39 bags of 50 kg each of ration rice stored inside a room. The total value of the 41 bags of rice totally weighing 2,050 kilo is Rs 45,100. 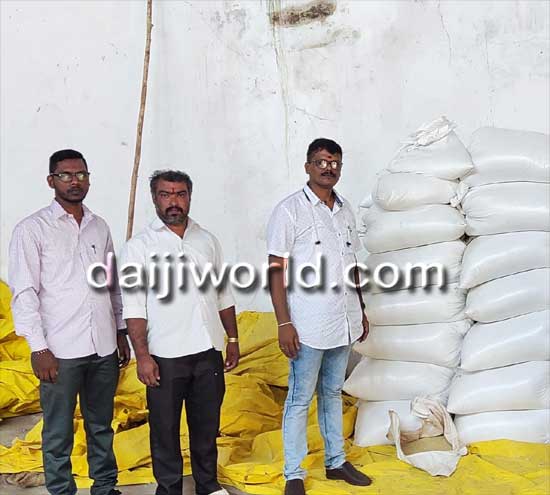 On inquiry, it came to light that accused Munaf bought the free rice given by the government through some source and was selling the same at a higher price.

A case in this connection is registered in Kundapur police station.

Title: Kundapur: One arrested for illegally stocking over 2,000 kilos of ration rice