New York, Jul 2 (IANS): A team of researchers has developed a rapid Covid-19 test that might help in identifying different variants of the SARS-CoV-2 in just hours.

After developing CoVarScan, a rapid Covid-19 test that detects the signatures of eight hotspots on the SARS-CoV-2 virus, last year, the team now tested that on more than 4,000 patients' samples. 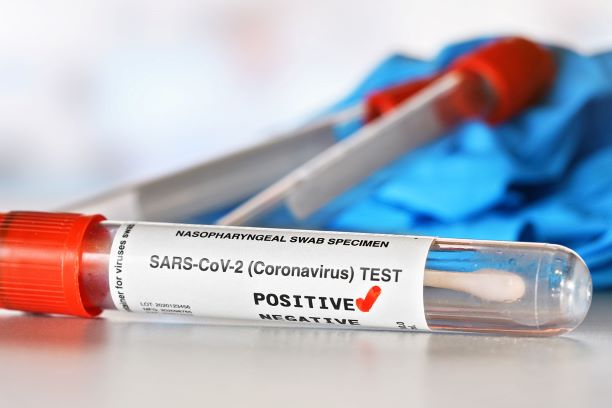 The researchers reported that their test is as accurate as other methods used to diagnose Covid and can successfully differentiate between all current variants of SARS-CoV-2.

"Using this test, we can determine very quickly what variants are in the community and if a new variant is emerging," said researcher Jeffrey SoRelle from the University of Texas Southwestern in the US.

"It also has implications for individual patients when we are dealing with variants that respond differently to treatments," SoRelle added.

Compared to whole-genome sequencing, CoVarScan had 96 per cent sensitivity and 99 per cent specificity, the researchers said, in a study, published in the journal Clinical Chemistry

It identified and differentiated Delta, Mu, Lambda, and Omicron variants of Covid-19, including the BA.2 version of Omicron, once known as "stealth Omicron" because it did not show up on some tests designed to detect only the Omicron strain.

While several other tests for Covid-19 exist, they generally detect either a fragment of SARS-CoV-2 genetic material or small molecules found on the surface of the virus and don't provide information to identify the variant.

In addition, many researchers worry that these tests aren't accurate in detecting some variants -- or may miss future strains.

To determine which variant of Covid-19 a patient has, scientists typically must use whole-genome sequencing, which is time-consuming and expensive, relying on sophisticated equipment and analysis to spell out the entire RNA sequence contained in the viruses, the team said.

In early 2021, SoRelle and his team wanted to track how well current tests were detecting emerging variants of SARS-CoV-2. But they realised that sequencing a lot of specimens would not be timely or cost-effective, so they designed their own test.

"A common critique of this kind of test is that it requires constant adjustment for new variants, but CoVarScan has not needed any adjustment in more than a year; it is still performing very well," said SoRelle.

"In the future, if we did need to adjust it, we could easily add as many as 20 or 30 additional hotspots to the test," he added.