Congress Chief spokesperson Randeep Surjewala said: "First, as Chairman of Banking Recruitment Board, Now, as Chairman of Unity Small Finance Bank! The reward for maligning the UPA is being paid back in full by Prime Minister Narendra Modi."

As per reports, the Reserve Bank of India (RBI) has appointed former comptroller and auditor general (CAG) Vinod Rai as the independent chairman of the Unity Small Finance Bank (USFB). 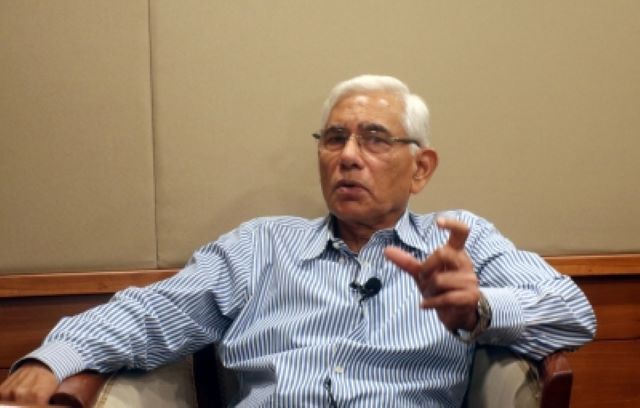 Congress has accused Rai for maligning the UPA government and had sought an apology from him. Party leader Salman Khurshid had said in the past that Rai as the Chairman of the Banking Services Recruitment Board, and did not utter a single word on the "huge banking scam" that was taking place in the country after the Narendra Modi government took over in 2014.

Rai as CAG had in his report held then Telecom Minister A. Raja responsible for causing the state exchequer a loss of Rs 1,76,379 crore by allocating 2G spectrum licences at throwaway prices.

In 2017, a special CBI court had acquitted all the 18 accused, including A. Raja and K. Kanimozhi, in the 2G spectrum allocation case.