Arvind Kejriwal while announcing the name said, "I congratulate Sardar Bhagwant Mann on being declared CM's face of AAP in Punjab. The whole of Punjab is looking up to AAP with a hope. It's a huge responsibility and I am sure Bhagwant Mann will bring back smile on the face of every Punjabi." 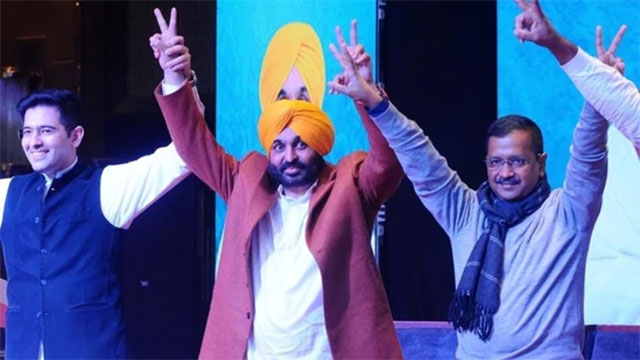 Mann got maximum support from the Public who were asked to vote for best candidate for CM's face. Mann said it's a huge responsibility on his shoulders and will work for the progress of Punjab. Mann is second term Lok Sabha MP from Punjab.

The state goes to polls on Feb 20 and the AAP is pitched against Congress in the state which has not declared its CM candidate yet.