New Delhi, Jan 18 (IANS): Since April 1, 2020, 1,47,492 children have lost their parents due to Covid-19 or other reason, the National Commission for Protection of Child Rights (NCPCR) data showed.

After including 10,094 orphans in need of care and protection, a total of 1,36,910 children lost their parents, 488 were abandoned, pushing the total to 1,47,492, the Commission informed Supreme Court on the basis of data uploaded by states and union territories on its 'Baal Swaraj Portal-COVID care' up to January 11. 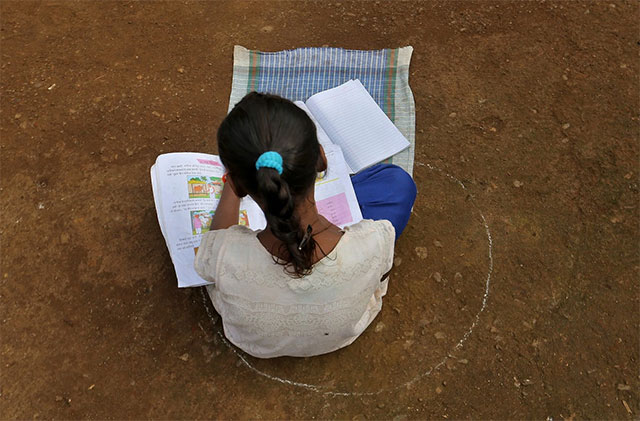 In the backdrop of the pandemic, the Supreme Court on Monday directed all district magistrates (DMs) to engage with District Legal Service Authority (DLSA), and voluntary organizations to rehabilitate children in street situations. A bench comprising Justices L. Nageswara Rao and B.V. Nagarathna said: "we direct all DMs to involve DLSA and voluntary organisations in the identification of children on streets without any further delay".

The bench added that immediate steps are required to provide shelter to children in street situations by the central government and state governments.

It emphasized that children should be shifted to shelter homes and also directed the DMs to upload the information at all stages on the web portal of the National Commission for Protection of Child Rights (NCPCR).

The bench further added that state governments and union territories (UTs) should engage with authorities concerned to identify and rehabilitate children, without any further delay.