Amit Shah to go on a marathon UP tour

New Delhi, Jan 16 (IANS): Former BJP president and Union Home Minister Amit Shah is likely to go on a marathon tour in the poll-bound state of Uttar Pradesh, sources said, adding the schedule for the tour is being finalised.

Sources in the know of things told IANS that Shah will visit Uttar Pradesh after the third week of January.

During his visit to Uttar Pradesh, Shah will try to cover all the 403 assembly seats in the state. 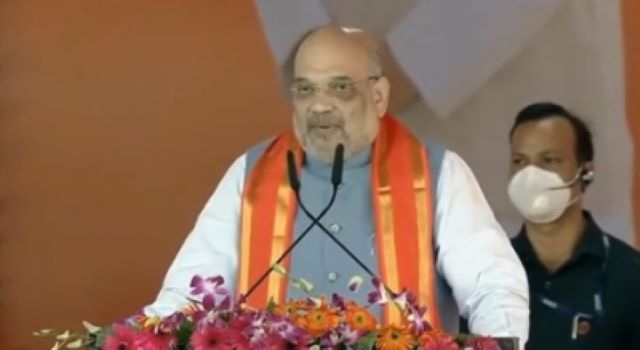 Along with rallies and election programmes, Shah will also hold meeting with the leaders of the party to take stock of the election situation, and accordingly give necessary instructions to the party leaders and workers.

According to party sources, while deciding Amit Shah's upcoming programmes, the rules and guidelines issued by the Election Commission regarding Covid-19 will also be fully followed. If needed, Shah will also hold virtual rallies and meetings.

During his visit to Uttar Pradesh, Shah might also meet leaders of many other influential communities of the state including Jat leaders.

The BJP has released its first list of 107 candidates for the election on Saturday.

Title: Amit Shah to go on a marathon UP tour